Why Some Standing Desks Shake and Rattle More Than Others

There are two common problems with standing desks that have given them something of a poor reputation, even though most of those problems have been solved over the years of research and development that has gone into these ergonomic products.

The second problem some people run into is noise. Some standing desks rattle. Some of them rattle when they’re stationary because the mechanics inside of them aren’t stable in whatever position they’re locked, so some parts shake and rattle against the frame. Others rattle when they transition between sitting and standing, again usually because of the mechanics involved.

There are a bunch of different possible causes for these issues, and they are often both closely related. Let’s discuss the factors that can contribute to these problems, and how to solve them.

There are four kinds of lifts in standing desk construction. You’ll typically only see three of them in common use, and these days, the vast majority of standing desks are of one type. 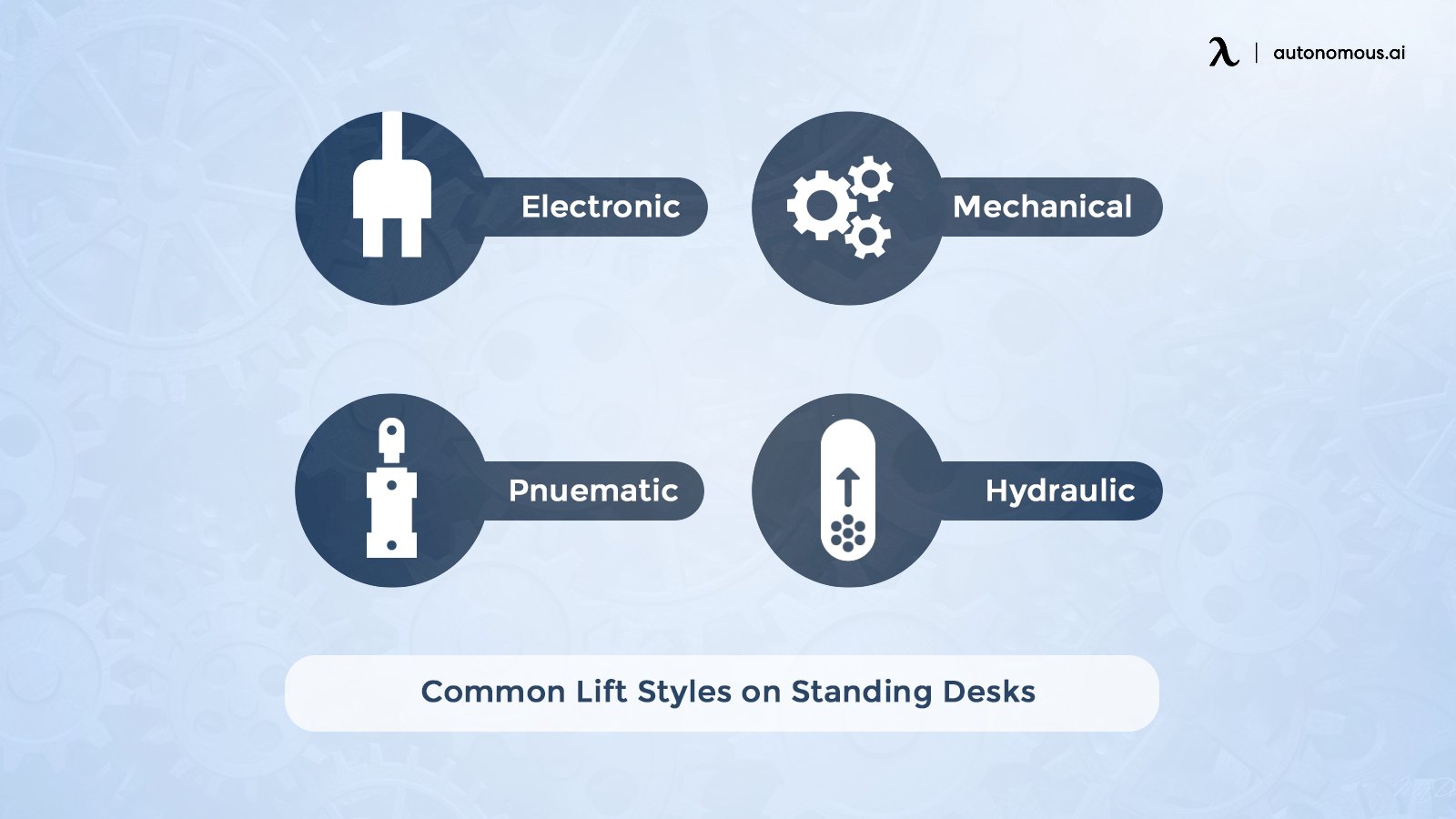 So, what can go wrong with a desk to make it shake or rattle? Here are the different factors you may encounter.

The materials used in the construction of the desk play an important role in how stable and quiet it is, especially after long-term use. Most desks will be relatively quiet when they are first manufactured, and as long as they are assembled properly, will be generally quite stable.

Over time, materials can wear out. If a desk is made of thin aluminum or plastic, that wear can happen faster. Thin metal can dent and cause rubbing. Metal parts can wear against one another and lead to squeaking and grinding noises. Plastic can wear out quickly. 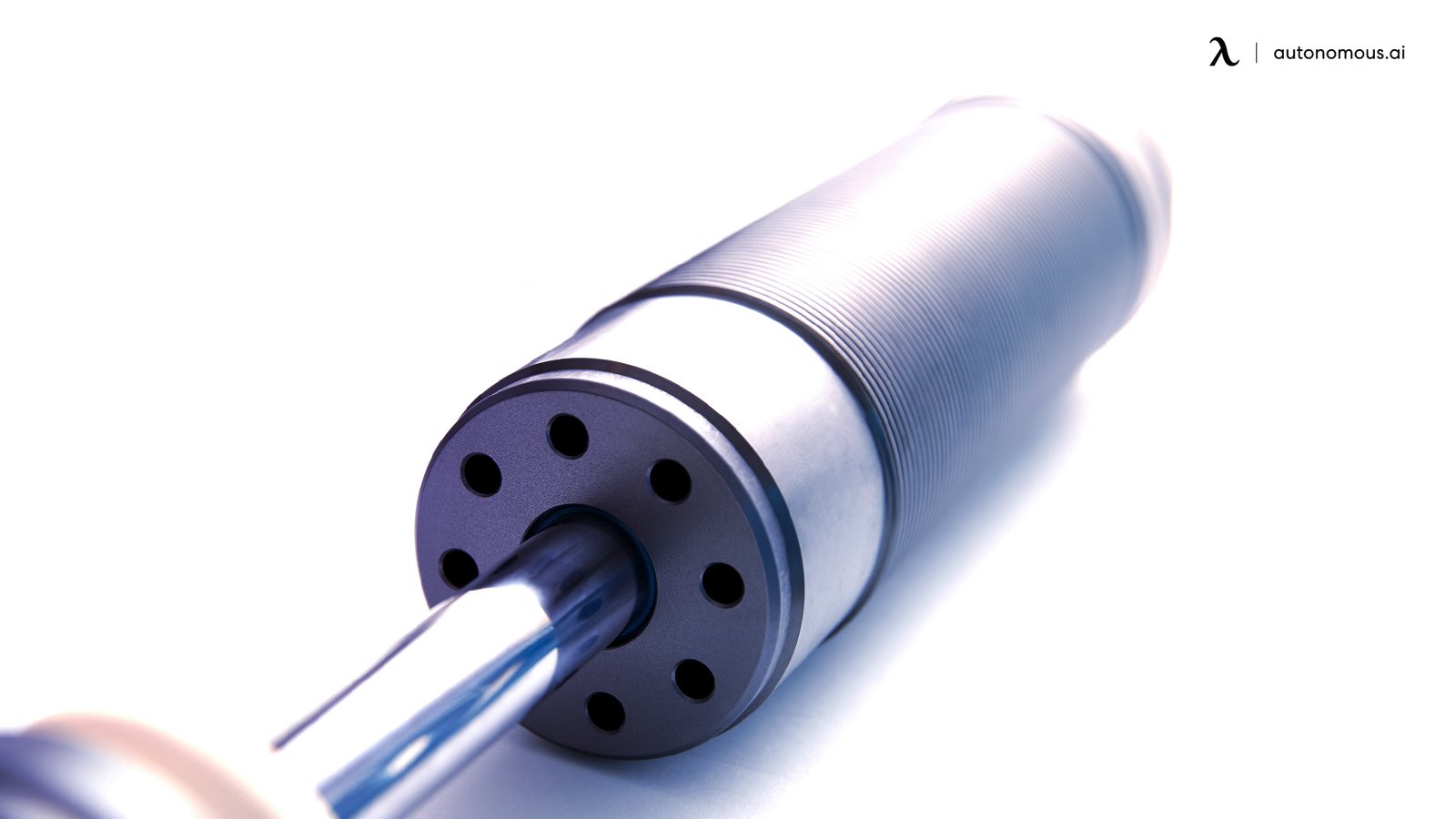 For mechanical desks, gearing can wear out and lubrication can dry up. Mechanics need maintenance, and the longer they go without maintenance, the more damage they suffer. Pneumatic desks can have a gas spring wear out, making it hiss more over time, and can eventually stop the holding position as well. Electric motors can wear out, as can the gearing they use to adjust the desk. Depending on the construction of the desk, it may be hard or impossible to replace individual parts or service them, as well.

Have you ever seen a machine that is made with incredible precision? Extremely high tolerances allow for separate parts of a single device that slip together so well the seams are invisible. While you won’t get quite this level of tolerance on most consumer-grade devices, a high tolerance means a more resilient device.

With a standing desk, the primary way tolerance fails is in the interlocking tubes that make up the legs of the base. To adjust these standing legs, they require two tubes, one that fits inside the other. They can be circular, square, or rectangular. Rectangular is generally considered the most stable when they’re engineered properly. 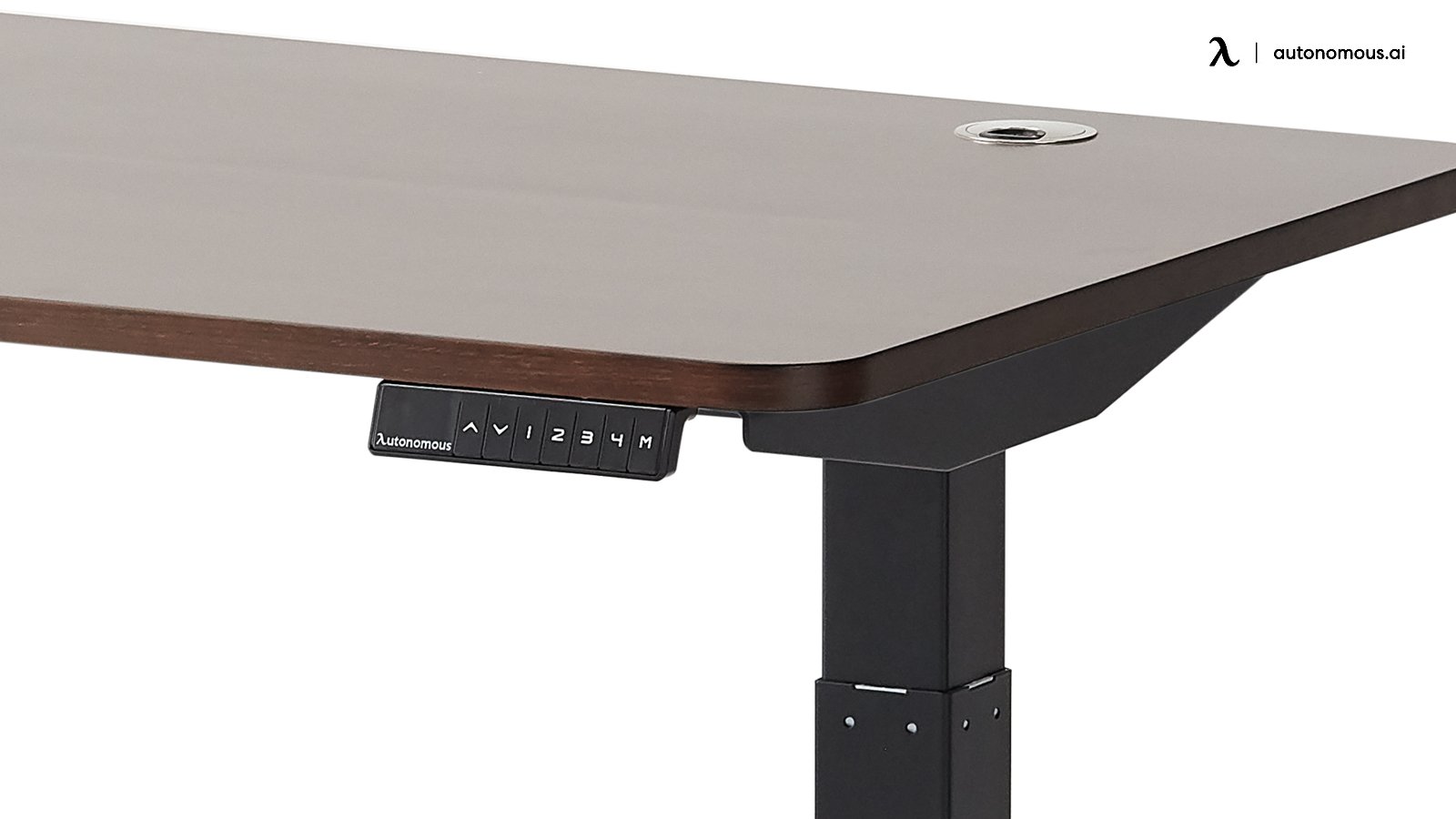 If these two parts of the stand do not fit together properly, the whole desk can shake and wiggle as it adjusts. This also increases the chances of the parts rubbing against each other, increasing noise when they adjust.

Often, construction tolerances will be a factor in the price of the desk. Higher quality desks with better tolerances come with a higher price tag attached. It allows for more quality assurance, better manufacturing machines, and other contributing factors.

It might sound like an obvious factor here, but the floor itself is an important part of the stability of a desk. A common issue encountered in old buildings and old homes (for a work from home office) is an uneven floor. Floors can be buckled, tilted, or have pits in them from wear and tear or damage.

A desk needs to have a stable and flat surface to provide the best work surface. A desk with only a single pillar and a broad base can wobble and wiggle if the base isn’t flat on the floor. Desks with multiple legs tend to be more stable, but everyone who has ever had to slip a piece of folded paper under a desk leg to balance it knows that simple adjustments can cause problems. 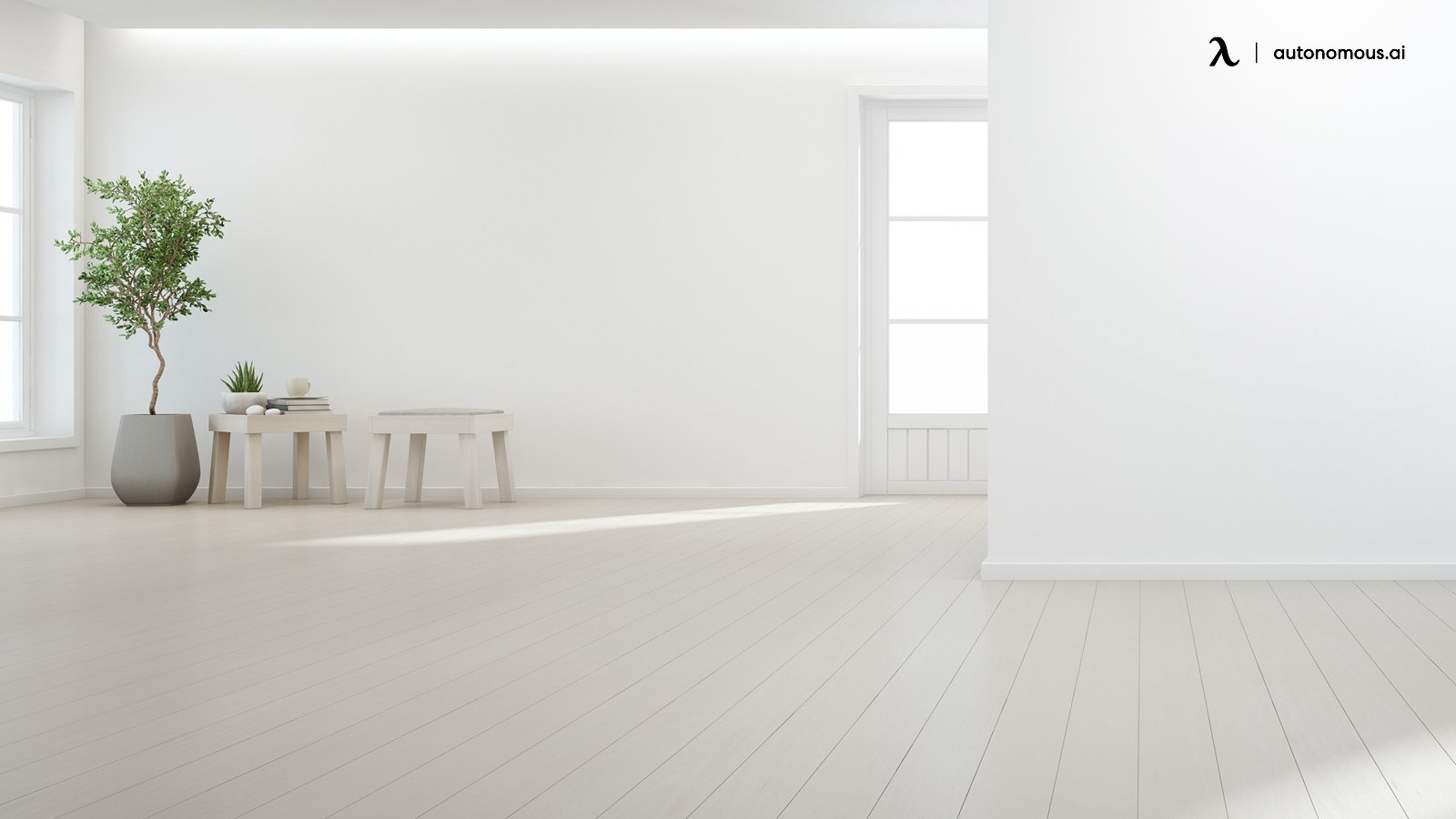 Most standing desks have some manner of adjustment on the base. They might have small screw-in feet that can be adjusted up and down to balance the base. They might use casters, and those casters can be replaced or adjusted to better fit the surface of the floor. In some cases, you may need a pad or flat surface of some kind to even out an uneven carpeted surface so the desk can be more stable.

All desks are going to be a little less stable when extended to their greatest height. Taller desks have more room to wobble and shake, and that includes exacerbating the issues you encounter with wobbling while you’re using them. Even small jolts and jostles can become large wobbles if the surface is bouncy enough.

Standing desks all have weight limits. Most will have a weight limit of around 200 lbs., though this may be more or less than what your actual desk can accommodate. Some desks have higher weight limits, while others have lower limits. In part, this depends on the mechanics and the materials. It also can depend on how many points of lift the desk has. A desk with a single electric motor or gas spring will have a lower weight capacity than one that has two or three. Even hydraulic workbenches have a weight limit, though those are often limited by the pressure capacity of the hoses and fittings rather than the lifting power of the device. 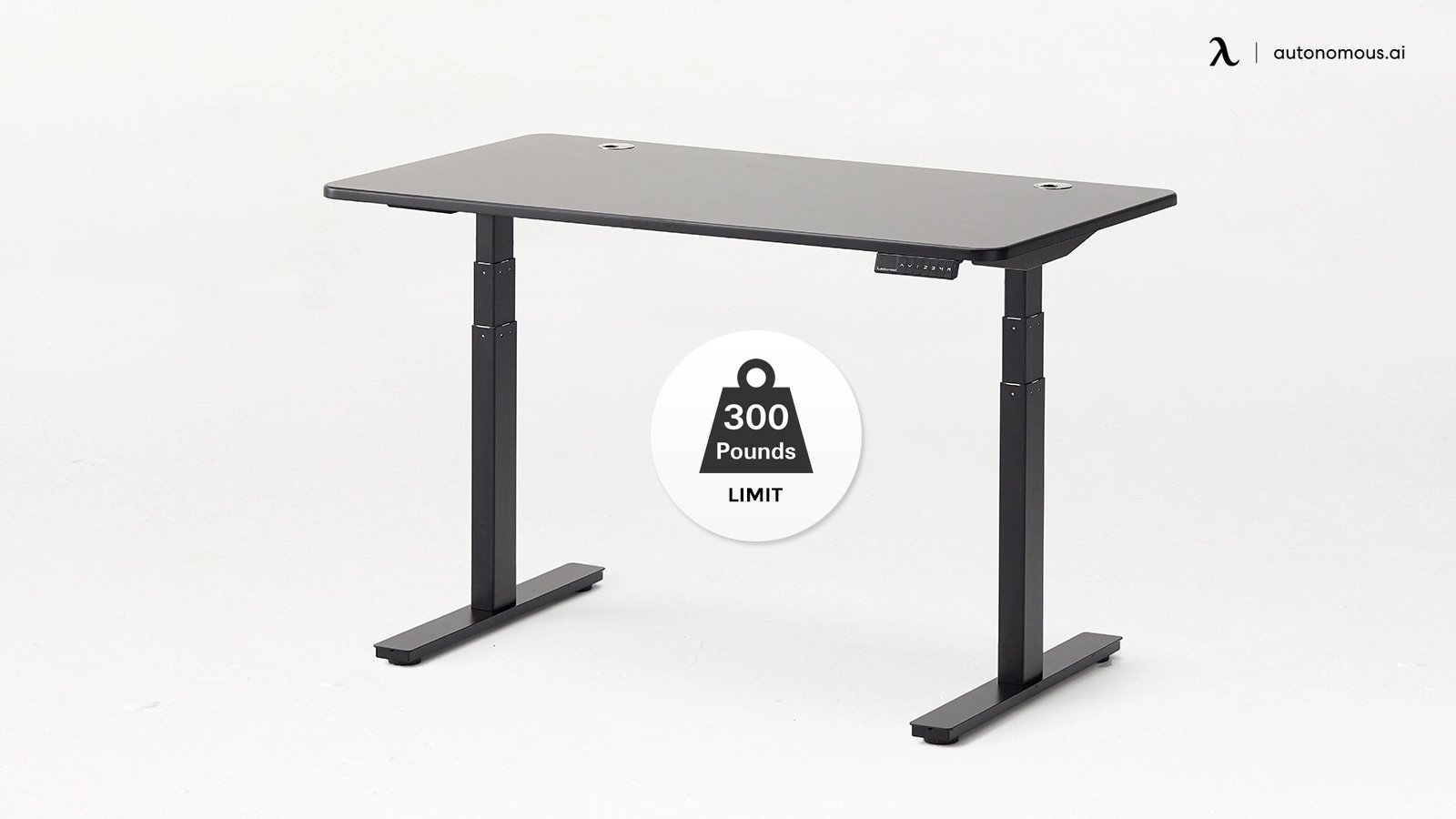 If your desk is close to or above the weight limit, it puts undue stress on the mechanics. An over-burdened desk will wear out motors and gears faster. Tiny shards of metal can shear off and gum up the works, including absorbing and decreasing the effectiveness of the lubrication. Weight can also eventually break the desk and leave it collapsing, which can be dangerous and can break the items you have on the desk surface.

A desk operating at a high weight will end up more wobbly and shaky when it’s at its tallest setting as well because that weight tends to make it more unbalanced.

Age of the Desk

The older a desk is, the louder it is. This is almost universally the case. Mechanical cranks can wear out over time. Electric motors can gum up, they can lose lubrication, and they can start grinding. Pneumatics can creak.

Additionally, over time, various fittings can wear out and screws can loosen. If your desk has an issue with squeaking or rattling, the first thing you should do is check to make sure all the various screws and fittings are tight. 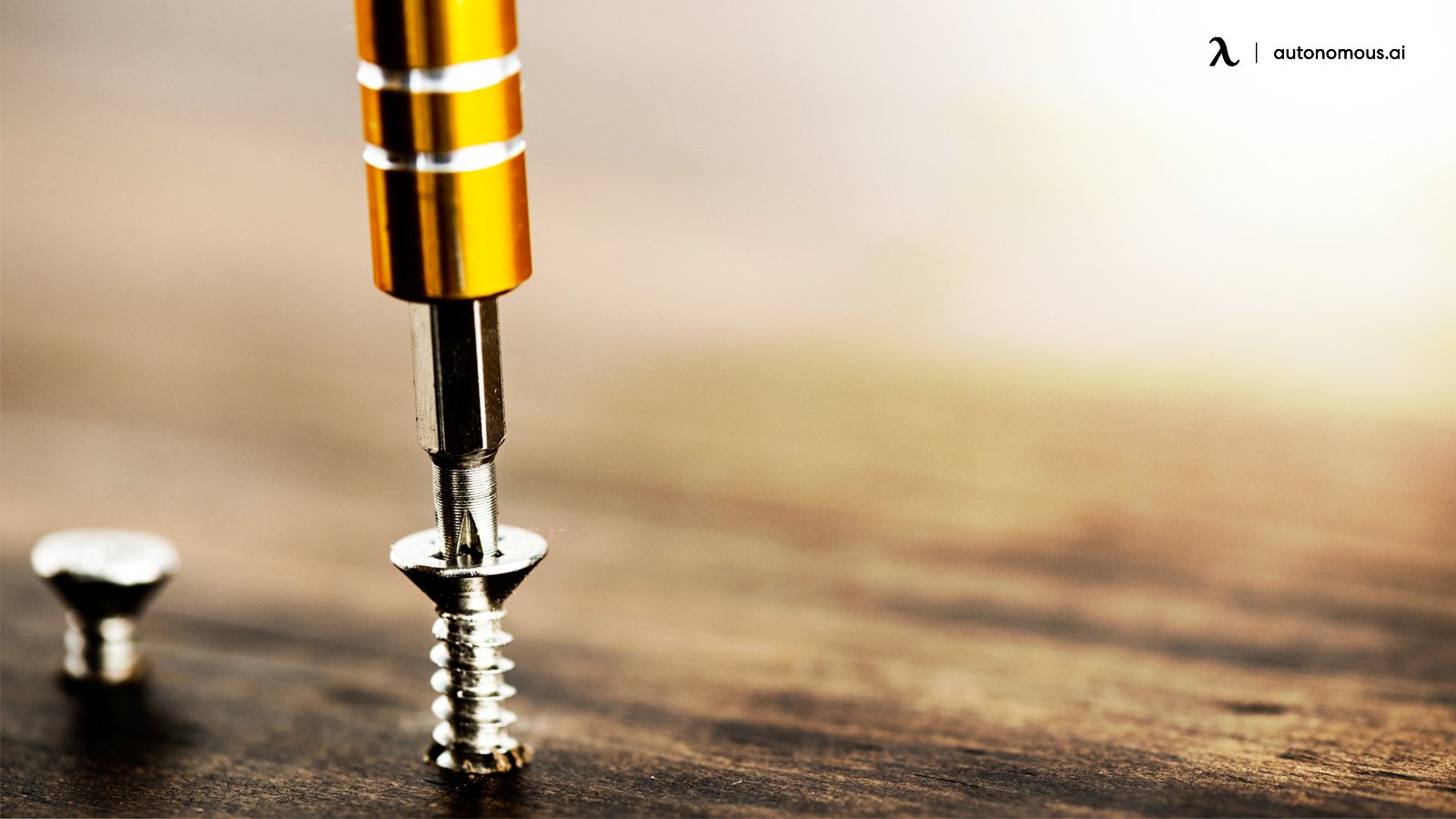 Some desks also come with rubber pads or other materials that are used to dampen vibrations and insulate against sounds. If your desk is new and is making noise, you’ll want to check to make sure those are installed properly. If your desk is old, those fittings can deteriorate and compress over time, making them less effective at their job.

The fact is, even a furniture item like a desk is meant to have a limited lifespan, and that goes double for ones with moving parts. This is why you should look for a standing desk company that offers a competitive warranty.

In a way, the intended purpose of a desk can affect how it performs. If your desk is meant to be a smaller platform for a laptop or an interface (or is more meant for drafting and paperwork than computer work), it might not be designed for stability in mind. If it is, it might not have a high weight capacity, so it’s not designed to hold multiple monitors, a PC, the weight of you pressing down on the keyboard all day, and so on. 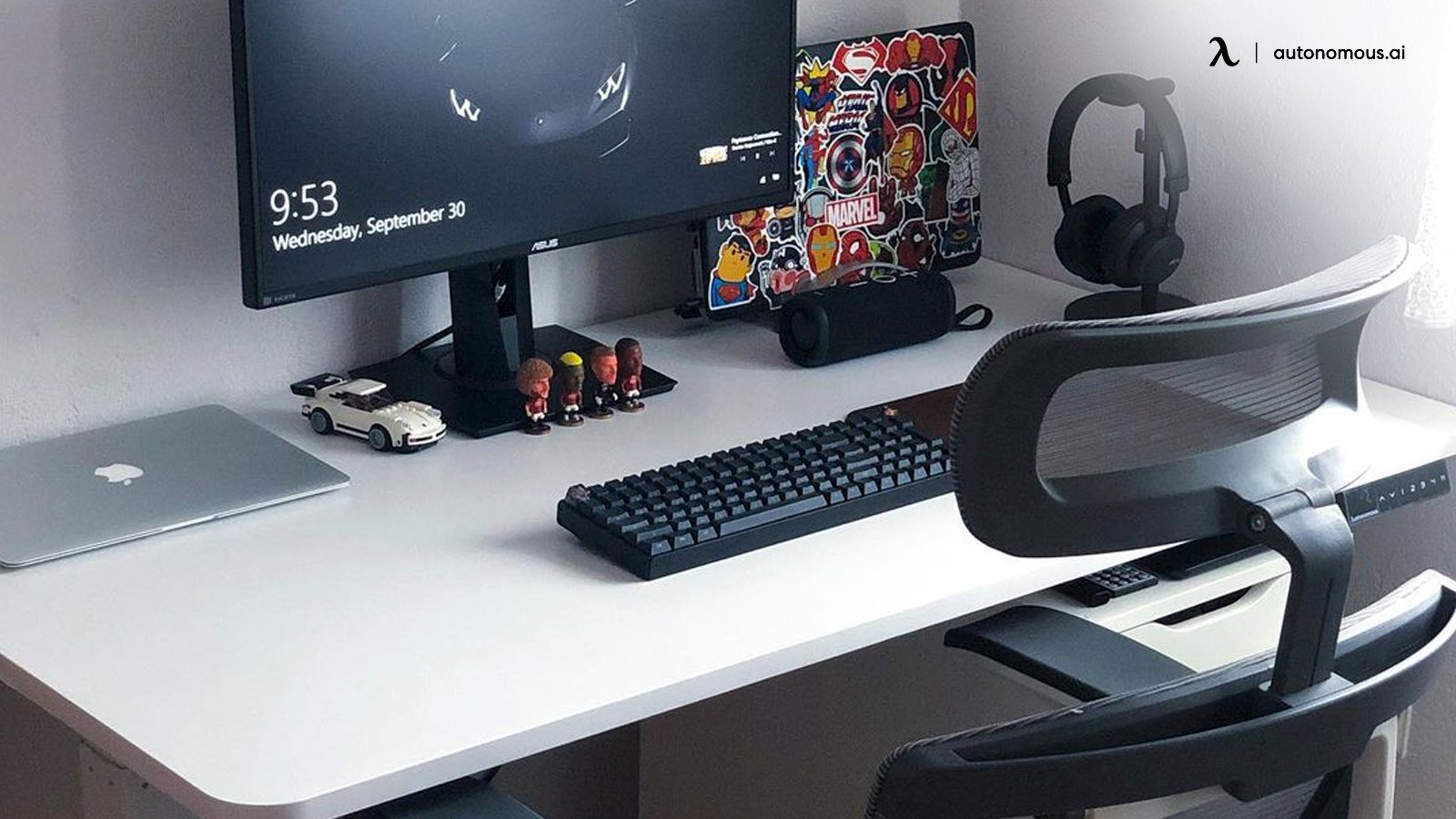 This leads to two problems. The first is just improper use; if you’re not using the desk for its intended purpose, it’s going to cause problems. The second is excessive wear and tear. If you’re overloading or improperly using a desk, you’re going to put excess strain on the components, causing them to wear out quicker.

One common issue is overloading a desk with imbalanced weight. A monitor arm can be convenient, but it focuses the weight of all of your screens on one point, and if that point isn’t well supported (such as if it’s in the corner of a desk with a central support column) it can put a twisting pressure on the linear actuator that supports the desk. That can wear it out and cause both wobbles and rattles much more quickly than the desk would when used properly.

While the reputation of the manufacturer doesn’t directly impact the wobbling or rattling of a desk, it does give you a good idea of what you can expect when you buy their products. A company that is known for improving their products over each iteration, offering high-quality customer support, and putting a lot of time, money, and energy into quality assurance is much better than a pop-up company that drop-ships cheap motors, rails, and desktops and expects you to fit them all together with some confusing instructions.

At the end of the day, a lot goes into how resistant a desk is to both instability and noise. The higher quality a desk is, the more resistant it will be, and the longer it will resist these kinds of inconveniences. You may need to be willing to pay for that quality, but it’s a worthwhile investment regardless, especially if this is a desk that you're going to be using every day.