What is The Difference Between Nearsighted and Farsighted?

Today, it appears that the majority of people have vision and eyesight problems. Numerous other causes, including genetics, improper lens use, wearing cheap sunglasses, and extended exposure to the damaging rays emitted by computers, laptops, televisions, and other devices, have contributed to this issue's growth.

These problems are very noticeable in both young people and the elderly. Although no perfect cure for nearsightedness or farsightedness has yet been discovered, people have several ways to deal with the issues, including eyeglasses, lenses, laser treatment, tablets, and medications. Let's learn about the difference between farsighted and nearsighted eye sights. When nearsighted, you can see objects up close but struggle to view them clearly from a distance. They are fuzzy and have lost their depth, texture, and fine features. Athletes and drivers may find this difficult (can you understand that sign?), making nighttime driving more challenging.

Myopia, a common visual disease known as nearsightedness, causes fuzzy vision for objects far away but a clear vision for nearby objects. It happens when light rays improperly refract due to the shape of your eye, placing images in front of your retina rather than on your retina.

This happens because the eye's physical length is greater than its optical length. This explains why school-age children, teenagers, and young adults who use computer desk lamps are most of the time diagnosed with nearsightedness. As the eye develops, these ratios alter, making a person who is ordinarily sighted nearsighted.

Today, 25% of parents have a child who is nearsighted to some extent. According to some eye specialists, myopia risk may increase if your youngster spends a lot of time doing "near" activities like reading or using a computer or smartphone. Farsighted people experience the opposite problem. They can have inadequately sized eyes or impaired concentrating abilities. When you have farsightedness, objects up close (like books, for example) appear hazy, yet objects far away are visible well.

Farsightedness is frequently a problem from birth, but it can take some time to detect because a baby's and young child's developing brains have an amazing capacity for adaptation. Additionally, moderate cases may go away when a toddler or teen gets older, and their eyes develop into a more balanced proportion. Farsightedness can also occur due to other vision issues such as astigmatism or a weakening of the eye muscles. Some individuals have both nearsighted and farsighted vision. Astigmatism is the most frequent cause (apart from cataracts or something like that). When a person has astigmatism, their lens or cornea's basic shape is oblong rather than round. The light entering the eye cannot focus on a single place when that is the case. Instead, it circumnavigates the "oblong route" and rests in two different places.

As a result, both close-up and distant vision becomes hazy. The focal points are wider apart, and the two images become more distinct as the eye's curvature becomes more pronounced, which worsens fuzzy vision. Since astigmatism does not induce blurry vision at a particular distance, it differs from nearsightedness and farsightedness.

On the other hand, astigmatism may contribute to a more widespread visual haze. Being nearsighted may make it easier to view close-up details when you frequently need to do so, like when using the monitor for work. (It is advisable to keep monitor distance from eyes) On the other hand, having farsightedness may make it simpler if you frequently need to see distant objects, such as while driving. 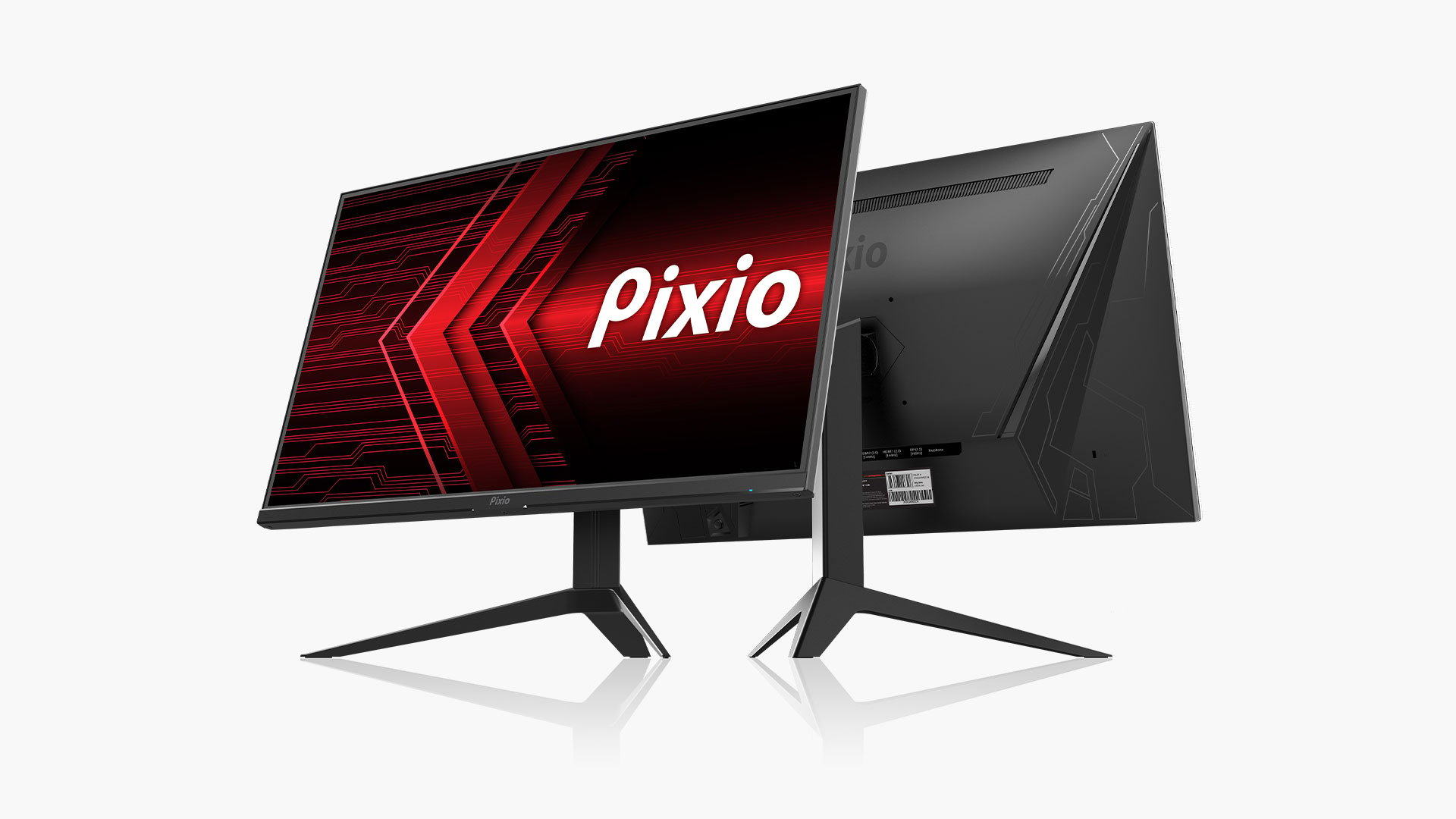 The 2560 x 1440p display paired with a 165Hz refresh rate and a slim, bezel-less design provide a thoroughly modern and space-saving gaming experience.

In addition, you might ask your optometrist if you are a suitable candidate for LASIK surgery, which can be used to correct a variety of vision problems, including astigmatism, nearsightedness, and farsightedness.

FAQs About Nearsighted vs. Farsighted

Question: What are farsighted and nearsighted?

Question: Is it better to be nearsighted or farsighted?

Question: Can one eye be nearsighted and the other farsighted?

Answer: Yes, one of your eyes can be farsighted while the other is nearsighted. Antimetropia is a rare disorder that affects a person's eyes.

Question: Can you be nearsighted and farsighted at the same time?

Answer: Realizing that neither nearsightedness nor farsightedness is worse—rather, it all relies on how severe the problem is—is a key aspect of comprehending the differences between the two. Also, disorders can affect your eyesight and make going about your regular business difficult, but fortunately, they are both easily treatable with prescription lenses.

Furthermore, suppose you want to buy standing desks and other office accessories. In that case, you should check the Autonomous website because the brand is currently offering their employee purchase program through which anyone can buy stuff at a reasonable cost.

Home
/Ourblog
/What is The Difference Between Nearsighted and Farsighted?