Streaming is an extremely important and lucrative part of the gaming industry, providing a form of live interaction and entertainment that viewers love to enjoy. However, did you know that you can enhance your stream with a dual PC streaming setup?

It may sound extremely strange to use 2 PCs for streaming, especially since the common thing to do is to use a single well-built gaming PC to pull it off. However, you'd be surprised at just how much smoother the experience can be if you give your PC a bit of a helping hand in this way.

As you hear this, you may start to worry, especially since gaming PCs are usually not the cheapest thing in the world. However, this configuration is not encouraging you to break the bank by purchasing a second one.

You have the option of finding some older hardware that you or someone else may have laying around and using that as a part of the streaming desk setup instead. The second PC is not going to be running any AAA games or anything of the sort, so that kind of power is not going to be required.

So, what can you expect to learn here about a dual PC setup for streaming? First, there are some very insightful nuggets of information, starting with the advantages and disadvantages of having another less powerful rig alongside your dedicated streaming PC.

Following that, you get a high-level overview of what you need to pull this phenomenon off. It gets even better as the last set of information dives into how to stream with a 2 PC configuration.

Pros of Streaming with Two PCs 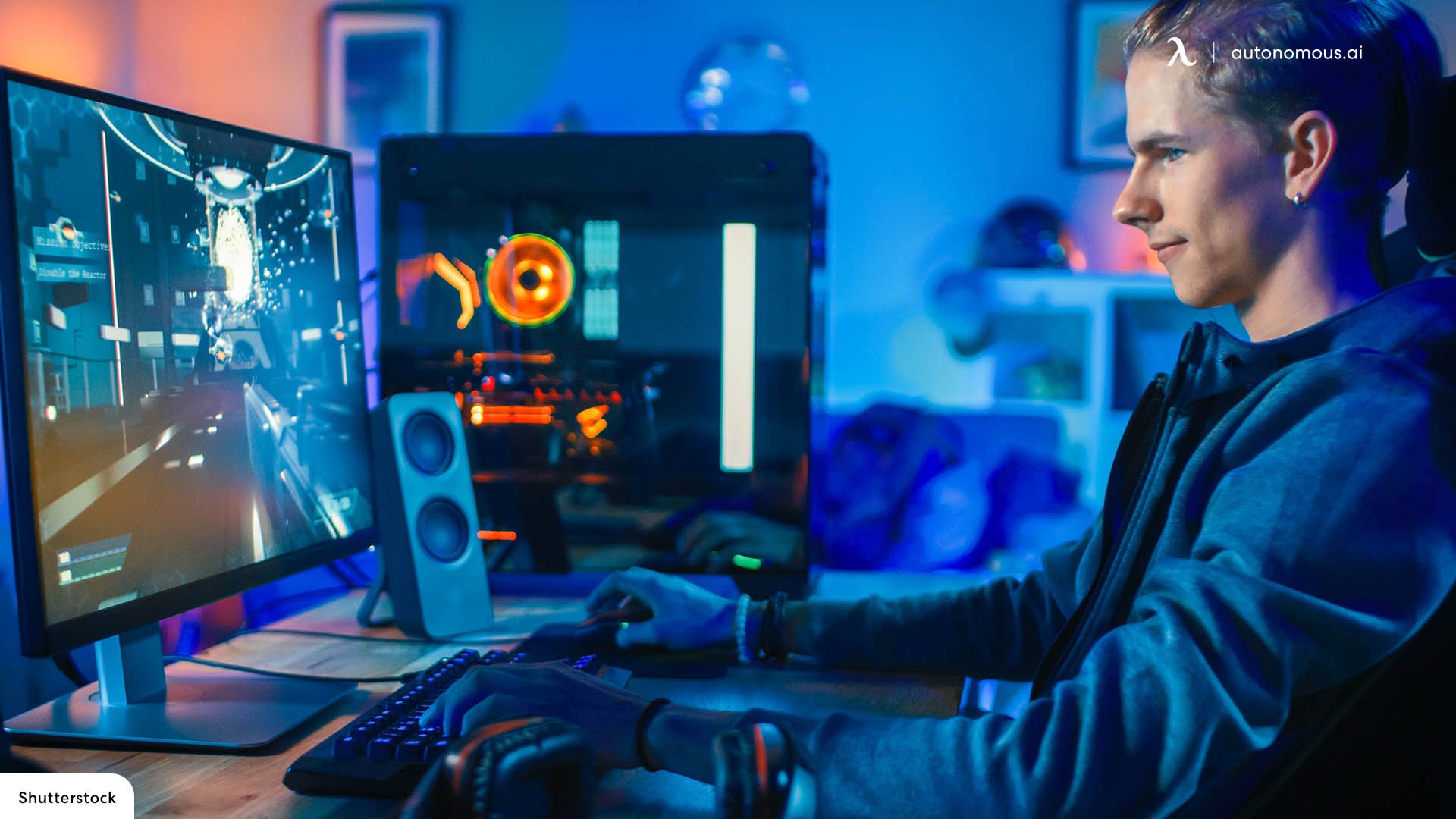 First, your streaming PC does not require a huge price tag as the actual gaming PC might. This allows you to enjoy the experience while saving some money, especially if you have an old unit lying around.

It's always a welcome addition to put as little strain as possible on your main gaming rig. Having another machine handling the streaming makes that all the more possible.

Technically speaking, you would only need four CPU cores to play most games. However, streaming is not recommended on a PC with a CPU running under six. By offloading the streaming element, you reduce the core count being used during the streaming process.

Lag is often introduced to both your stream and your games if your PC is not beefy enough to handle both. Now, you don't necessarily need to worry about that as much. Additionally, it means that you can stream in higher fidelity.

If your gaming PC should crash while it's streaming, you lose both your game session and your stream. With the said stream running from an independent PC, your gaming PC could theoretically crash while leaving your stream active to help you explain to viewers what's happening, so you get to remedy the situation before people start going away.

The separation also introduces the potential for more extras and even more cameras to improve your overall stream quality.

Cons of Streaming with Two PCs 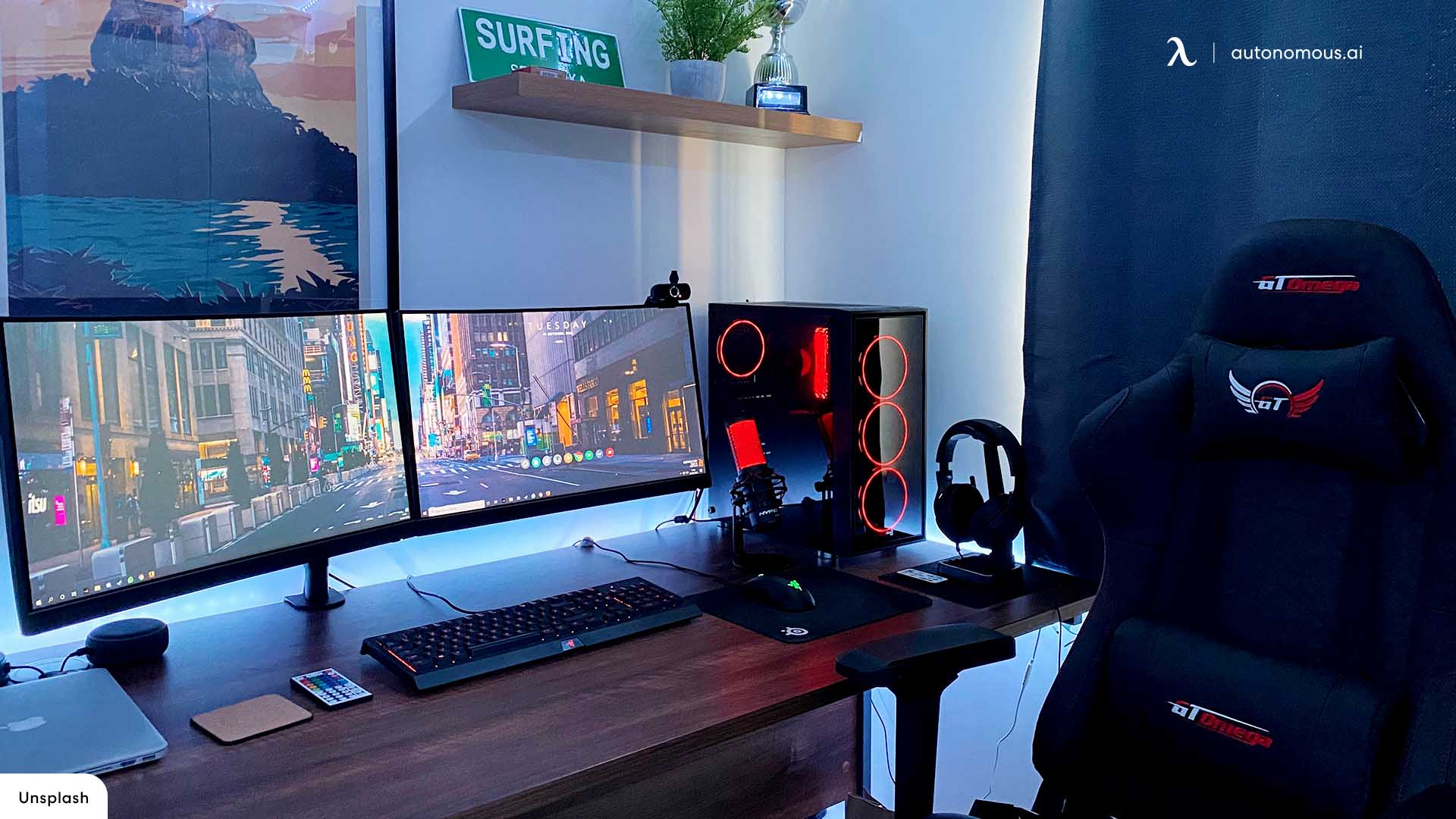 Of course, if you don't already have an older piece of hardware lying around, you are going to be required to purchase it, which is an additional expense, though it's not necessarily a high one.

On the topic of expense, you can't discount the overhead that comes from the greater use of electricity. Technically speaking, you could lower this if the dual PC streaming setup is a laptop, considering they only require electricity when it's charging time.

If you're going to be setting up a stream across two PCs, you're introducing a layer of complexity to the configuration. So, expect to have to do a bit more than you would need to with one PC just to get things running smoothly.

People with a dual PC streaming setup often experience a bit of screen tearing, as the lack of a standard level of computational power and refresh rate sometimes puts itself on display.

If your second PC is not quiet, then you are adding additional fan and other potential noises till your streaming production. Of course, this is a highly distracting and quality-reducing experience.

What You Need to Stream with Two PCs

If you’ve decided that you’re going full speed ahead with the dual PC streaming setup, then you need to check off a couple of prerequisites first. 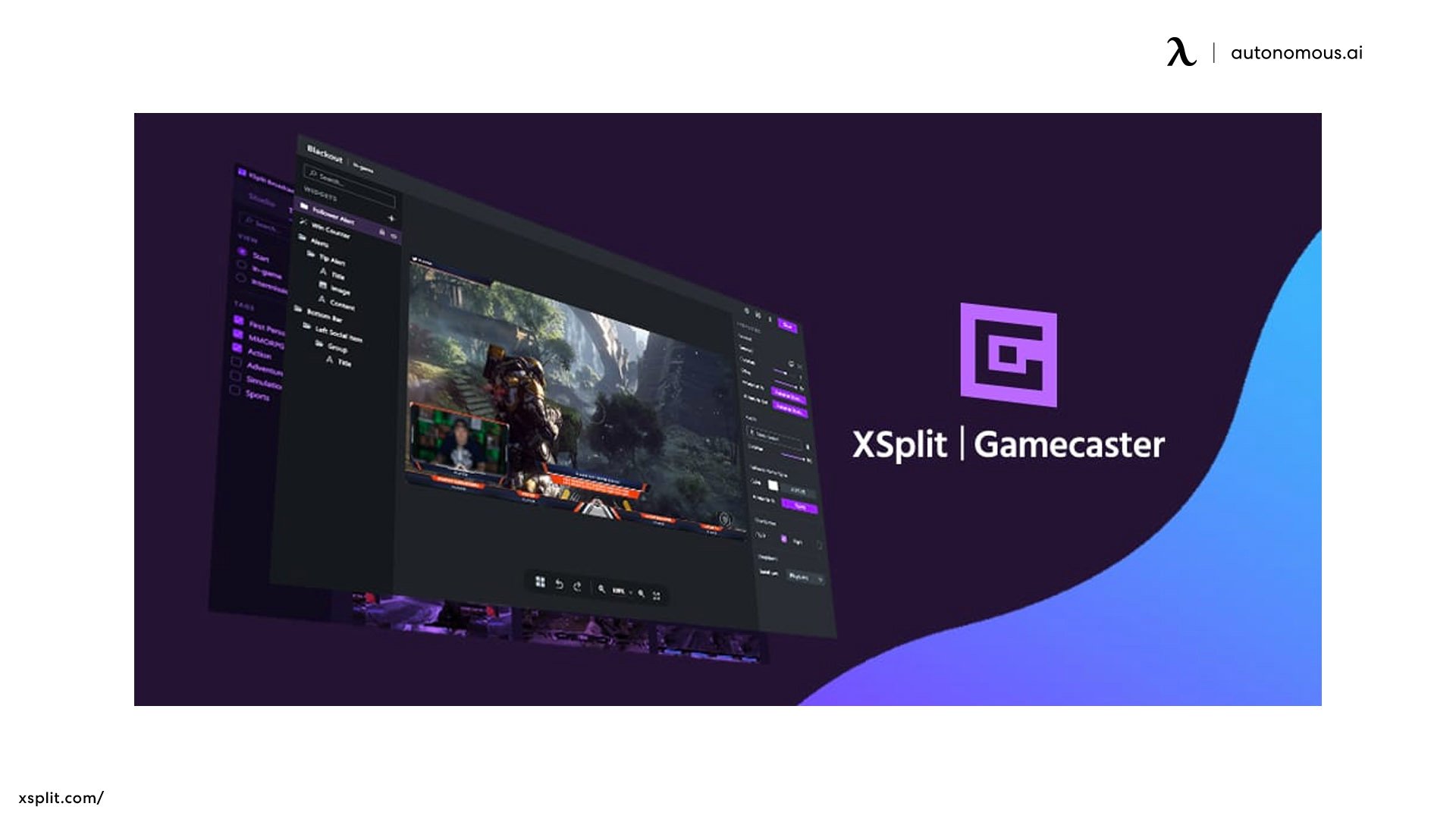 There are generally two recommended pieces of software for a dual PC streaming setup. The first is a streaming desktop platform, such as OBS, Streamlabs desktop, or XSplit.

It can also help to have whatever capture program works with your capture card installed too. Elgato, for example, uses Game Capture HD as its capture program. This can be used as your source when you're setting up. Additionally, it gives you a bit of more fine-grained control over your capture frame rate and volume.

There are a few other pieces of software that are not necessary, but they can improve your stream experience for your viewers. My Stream Timer can be used for a starting countdown. Streamlabs Chatbot can be used to offer sound commands and run a death counter. Spotify can be used to play music during your starting screen or even your stream, though you want to avoid playing DMCA-protected titles. 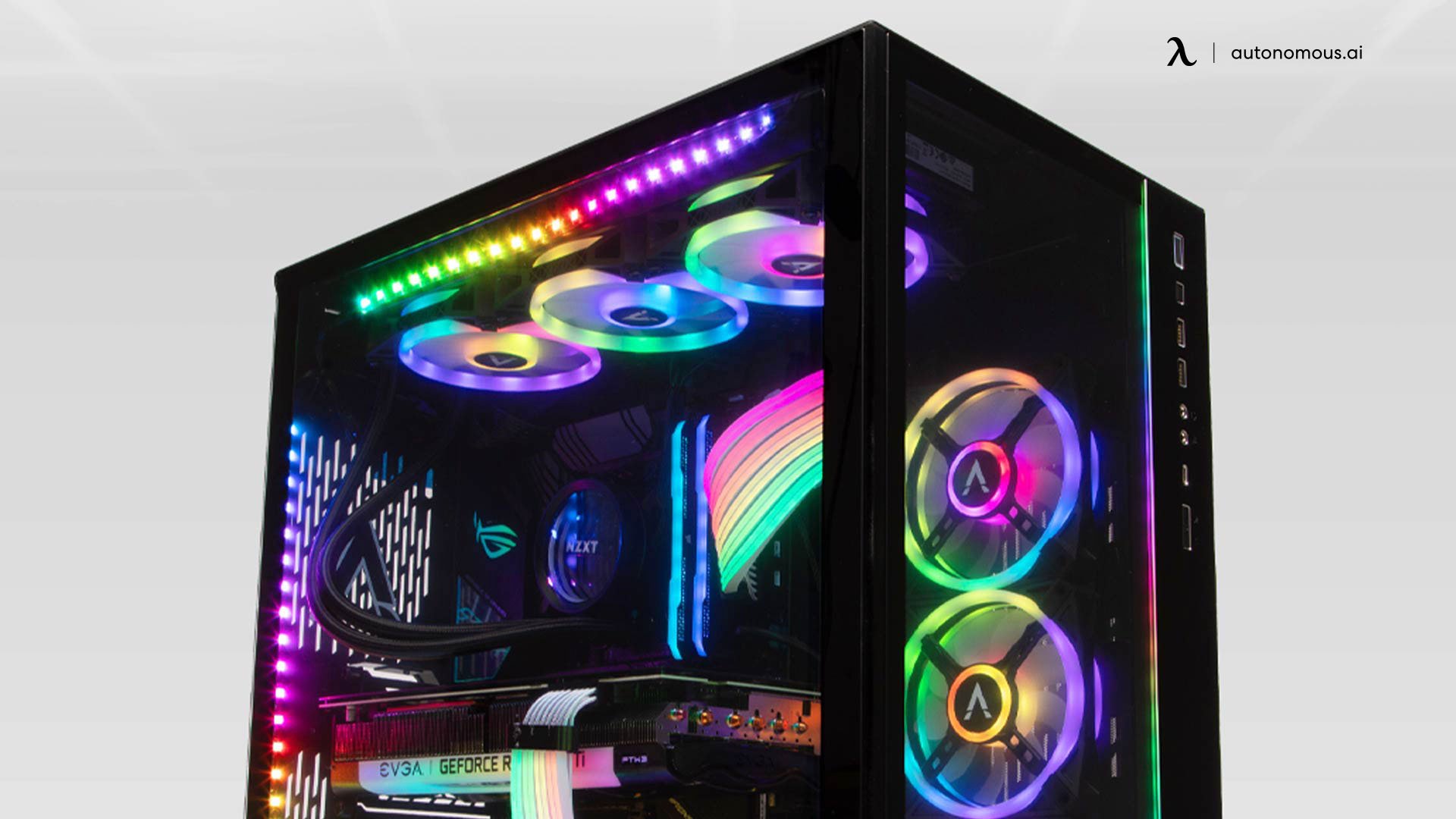 Of course, you need a second PC to pull this all off. Your main rig may be a high-powered Artesian Builds PC, for example, but you don't need that kind of power for your streaming unit.

Instead, once you have something that can run your streaming program and it has HDMI and USB 3.0 support, you are good to go. Typically, any machine that's modern enough to have those features going should have enough resources to run your stream.

Nevertheless, ensure you're running at least 8 GB of RAM and at least a four-core CPU, and you should be good to go. 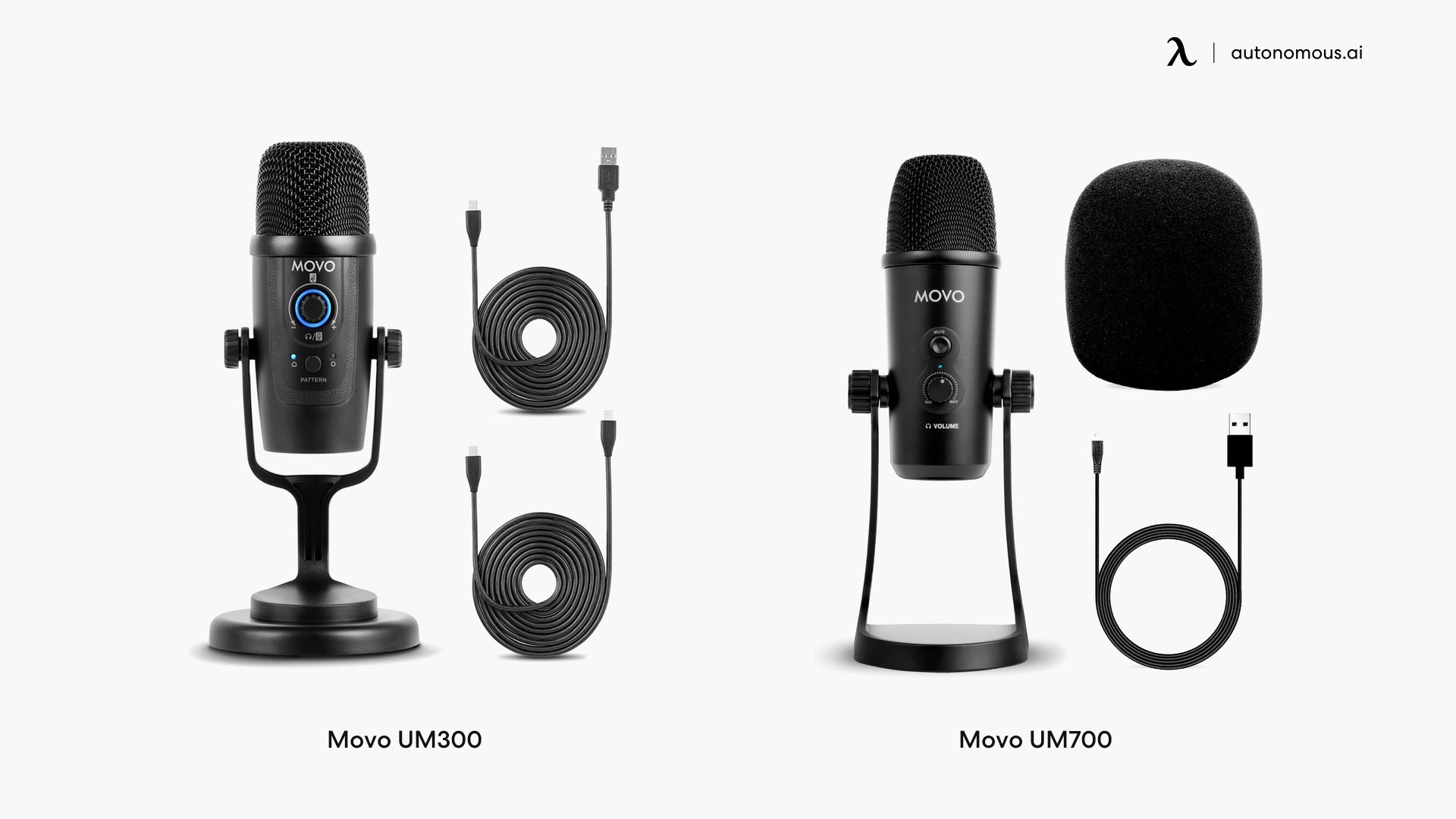 A microphone is an essential part of your dual PC streaming setup, though some people broadcast without speaking directly to the audience. While you can go research this if you wish, streams with a microphone feed do better on average than those without one.

A mixer is optional and there are software and hardware versions available. Having one can seriously add value to your stream by giving you greater control over various elements of audio. Being able to make changes to different sources without having to look away from your stream is always a welcome addition. 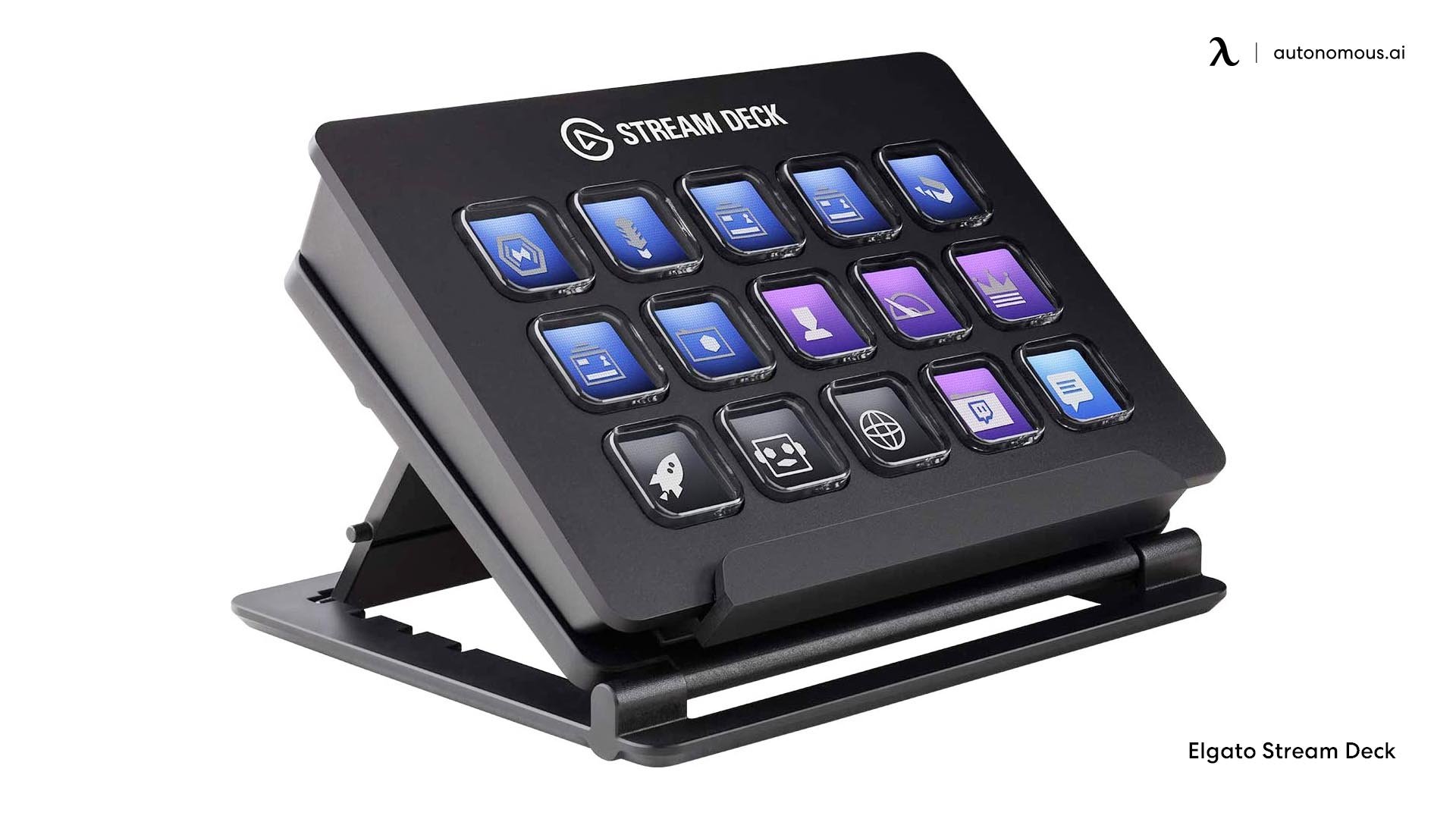 A stream deck is also a quality-of-life upgrade, and it is best suited to those who may have various audio effects that they want to make a part of the streaming experience. Sound effects now become possible at the click of a button. 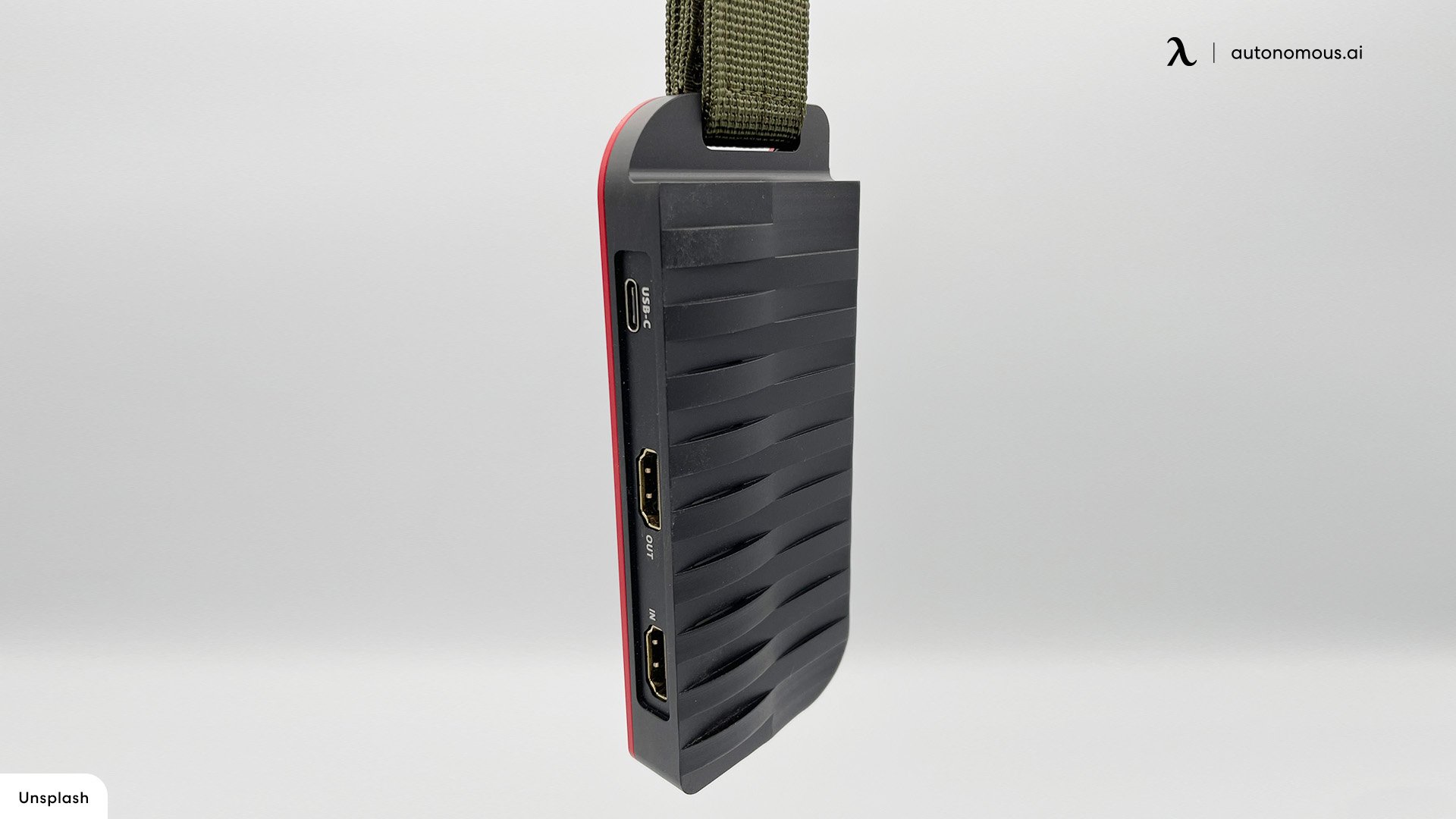 A capture card is instrumental to this setup as it captures the feed from your gaming PC and sends it to your dual PC streaming setup. 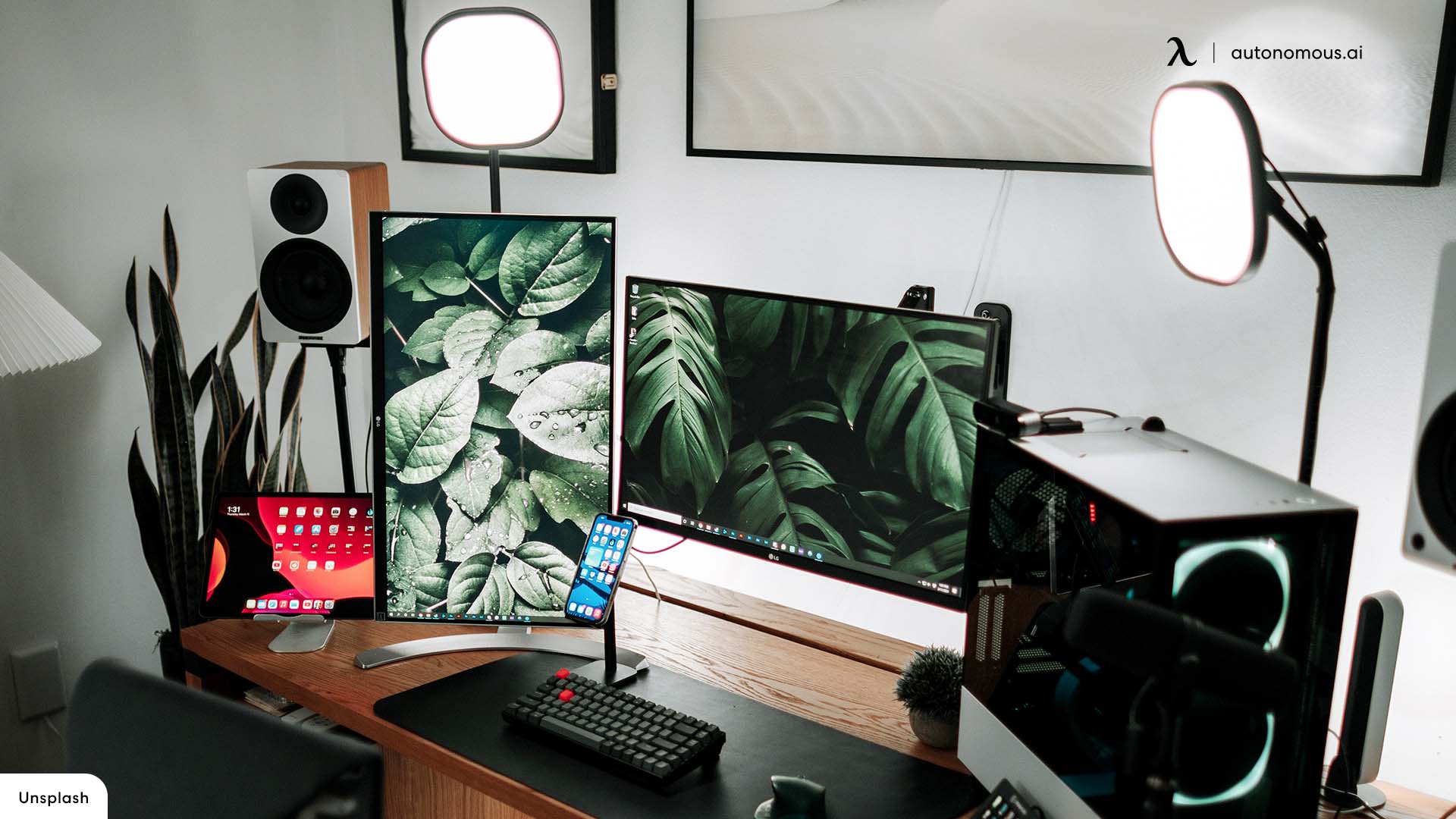 Now that you know what you need, why not have a look at how all this is done? First, you need to download streaming software to get started. Among the most common are OBS, Streamlabs desktop (SLOBS), and XSplit.

With one of these installed, ensure that your capture card is connected to the streaming PC to get things started. Making the connection between the two is quite simple.

Begin by plugging an HDMI cable from your gaming PC into the HDMI In port of your capture card. if the capture card happens to be internal on the streaming PC, no further connections are needed.

However, if you're using an external capture card, it also needs to be connected to your streaming PC with a USB cable. Note that most capture cards require that the USB slot being used is a USB 3.0 port.

Elgato, for example, cannot function in a USB 2.0 port. This may be a problem if you're using an older unit that made its debut before USB 3.0 became a standard. However, that's a bit unlikely, considering that your streaming PC is expected to have at least HDMI support.

It's highly unlikely that a machine with HDMI functionality is going to be built with purely USB 2.0 ports.

With all the cables connected, head to your gaming PC. Note that you still want it to be connected to our display. Most gamers today have their gaming PCs connected to their rigs via DP, so using an HDMI port for the capture card works perfectly. From display settings, you want to select the “duplicate” option. 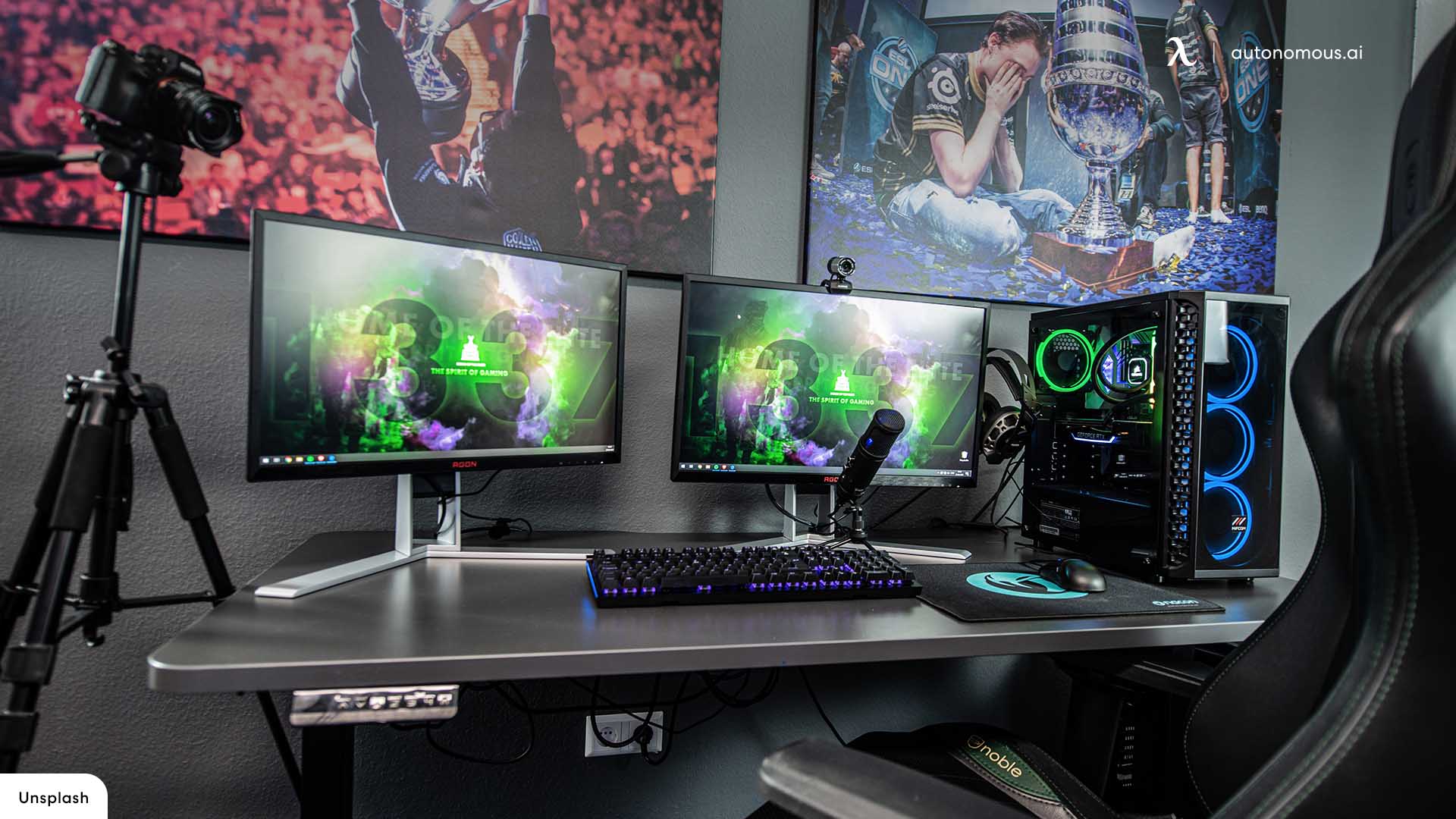 Start running a video or your game, as you need something that's moving to test that the feed is synced across both devices.

From your streaming machine, open your streaming application and ensure that you have set up your capture card as a video, game, or window source to get it to display as a part of your stream.

Now, you get to see a preview of what the said display is going to look like. This is where you do a bit of a quality check to ensure that what you are seeing on your gaming monitor is reflected on your streaming PC. Additionally, you want the sound to be picked up on the streaming PC as well.

Of course, when you start playing, you are going to mute the speaker volume from the streaming PC. Though this does not affect the sound levels within the streaming software. Now all you need to do is start your stream from the dedicated streaming PC, and watch the rest work.

A quick tip for those who may not know is to have your stream webpage running from your dedicated streaming PC on mute. You must mute the application itself as it is still going to be picked up and give your stream a weird echo

Not only does this allow you to see what your stream itself looks like from a viewer's perspective, but you increase your viewer count by one, which is usually useful for average viewer requirements.

That tip may not be useful if your stream is already incredibly popular, but it helps a ton for those who may be trying to meet Twitch affiliate requirements, for example. 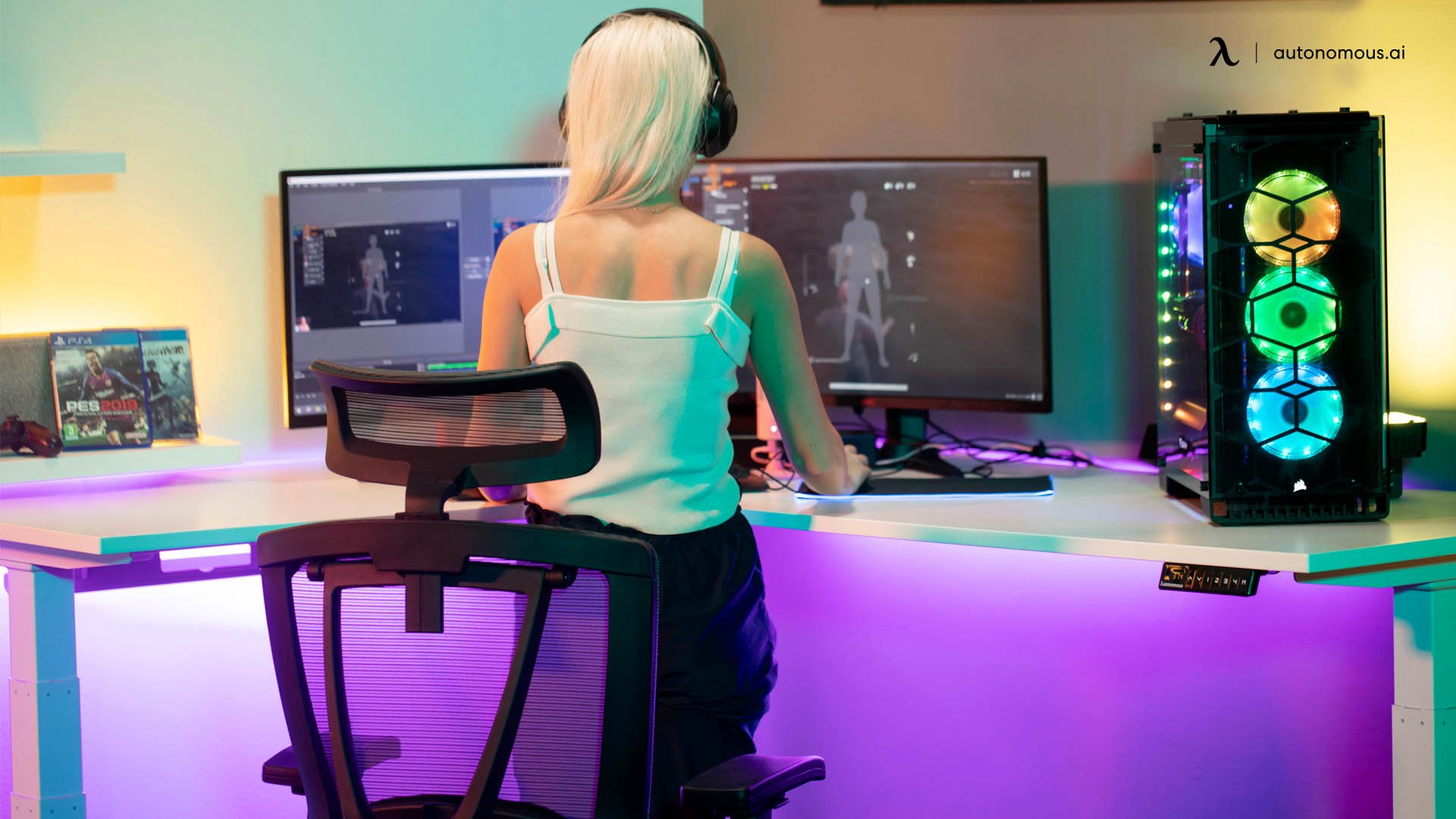 You couldn't have asked for a better explanation than the one you just got. Initially, you may have thought it weird to even consider using two rigs to stream. However, after seeing why it's a good idea and how easy it is to pull off, you may be thinking differently at this point.

Though these things weren't mentioned here, don't forget that your setup requires a good streamer chair and a solid desk too. Gaming is a hobby that is likely going to have you in a single position for a long time.

To this end, you may want to consider a standing desk as a part of your gaming or streaming area setup, as it can get you out of the dangerous habit of sitting consistently.

The best thing you can do for yourself is to ensure that the said standing desk is of the adjustable variety, so you can take advantage of sit-stand sessions.

The idea of consistent sitting being bad for yourself is covered ad nauseam, but people rarely talk about the suffering that those who attempt to stand consistently as they work go through.

Your best bet is to alternate between seated and standing positions, as the human body is made for movement. It does not sit well seated for long, but it also suffers when standing consistently too.

So, you can consider that a bit of a bonus. Not only are you quite well informed about what a dual PC streaming setup would look like and how to configure one, but you even get some bonus information about staying healthy while you play and entertain your audience. Today must be your lucky day!