How to Promote Gender Equality in the Workplace?

Gender inequality in the office is an essential subject to think about. Gender disparities may arise, and your company should take the appropriate efforts to ensure that your workspace is as equitable, diverse, and varied as feasible. You may boost productivity, minimize conflict, and lower the risk of legal complications by taking the time to eliminate gender bias.

To harness the talents, ideas, and views each gender has to give, gender equality in the workplace is critical. Not just that, but individuals choose to work for organizations that value equality. For such reasons, it's critical to promote gender equality between men and women, especially in workplaces. Gender equality at work is more than a box to be checked since it is the "correct thing to do." However, it is an issue of fairness that might make or break your business.

Many businesses declare their dedication to gender diversity in the workplace, but has this promise resulted in significant application and advancement? Notwithstanding the world's confronting misogyny and patriarchy, females continue to be paid just under the amount males get paid. Furthermore, women employees continue to be disadvantaged in leadership roles due to pervasive gender prejudices.

We first should recognize the implications of gender equality on our businesses and workers before developing answers. So first, let's consider what it implies.

What Does Gender Equality Implicate? 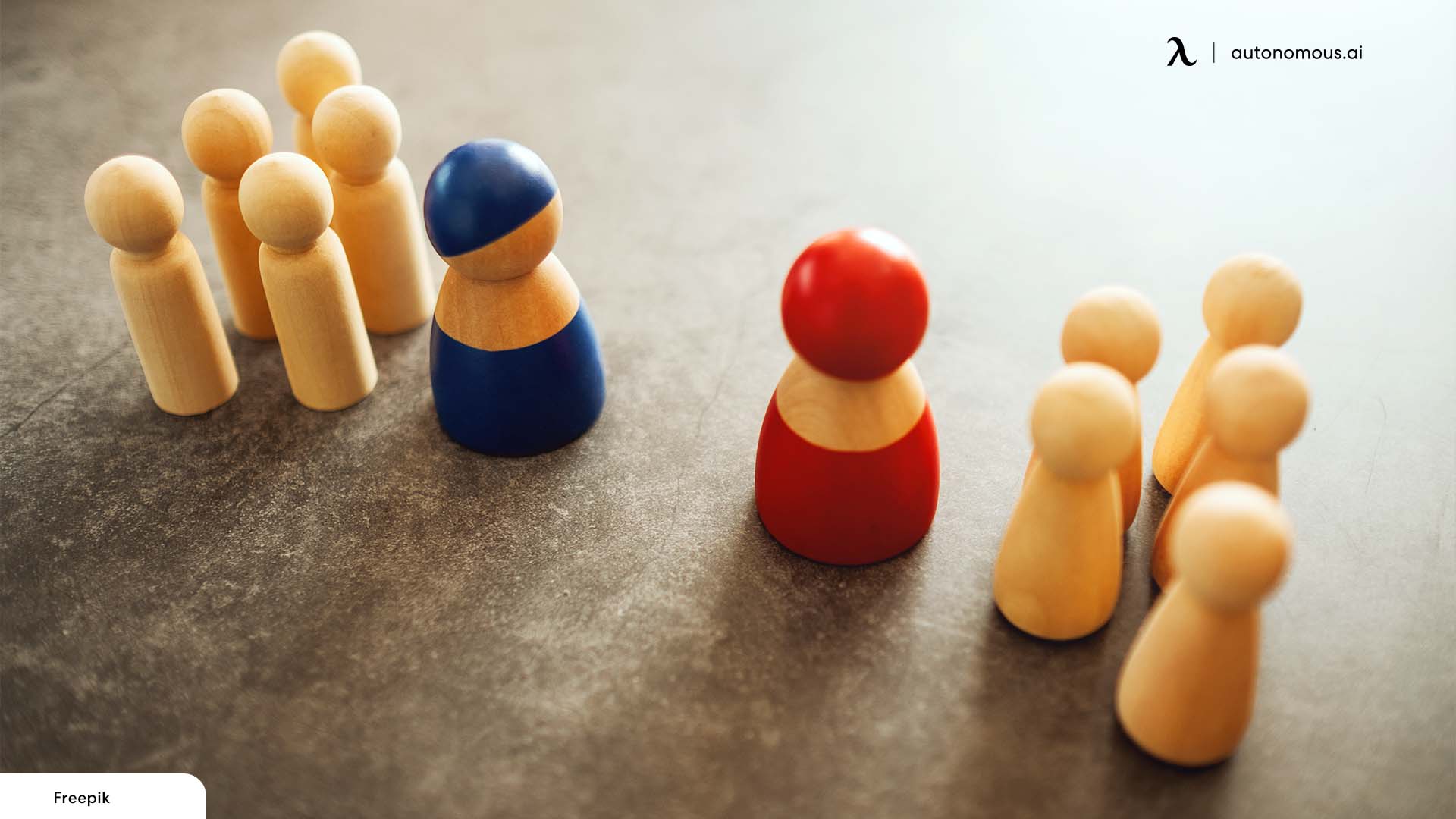 Here is the simplest equality in the workplace definition; when persons of all genders have full equality, duties, and advantages, this is referred to as gender equality. Gender inequality impacts everybody, including women, men, transgender and gender-diverse persons, children, and families. It affects all age groups and from all walks of life.

We urgently require gender equality, especially knowledge about correct workplace etiquette. Gender equality protects women and young girls from abuse. It is essential for economic development. Men and women are valued equally in communities that are safer and better. Equality between men and women is a fundamental human right, and equality helps everyone.

Gender equality will not be achieved quickly. That is why someone should be leading the way by taking concrete steps. People are setting goals for women in management and demonstrating excellent practices. People are now trying to create a high level of respectful communication in the workplace and justice in populations, schools, professions, companies, and institutions. To promote gender equality, we all have a part in performing. 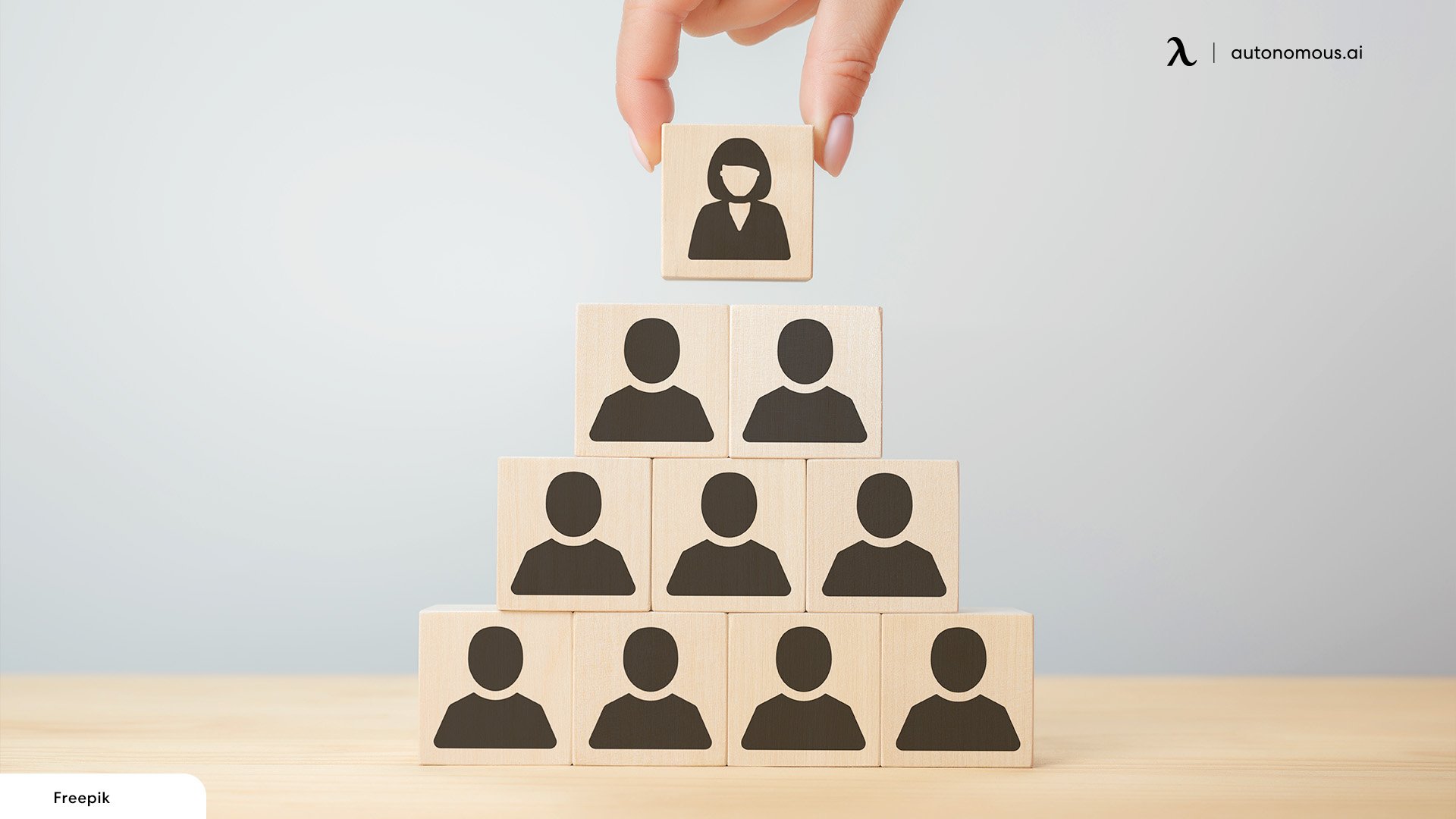 Everyone, even males, is affected by gender inequity when we talk about equity vs. equality in the workplace. Myths or 'rules' about just how females and males, girls and boys should behave start in infancy and continue into maturity. Discrimination does not affect everyone in the same manner. For instance, some miscommunication at the workplace can wreak havoc for female employees, and at the same time, it does not affect the growth of male employees.

People subjected to many forms of prejudice have a more difficult stance, which is frequently wide-ranging. It is rather important to improve relationship management in the workplace which will eventually pave the way for increased gender equality for both men and women. 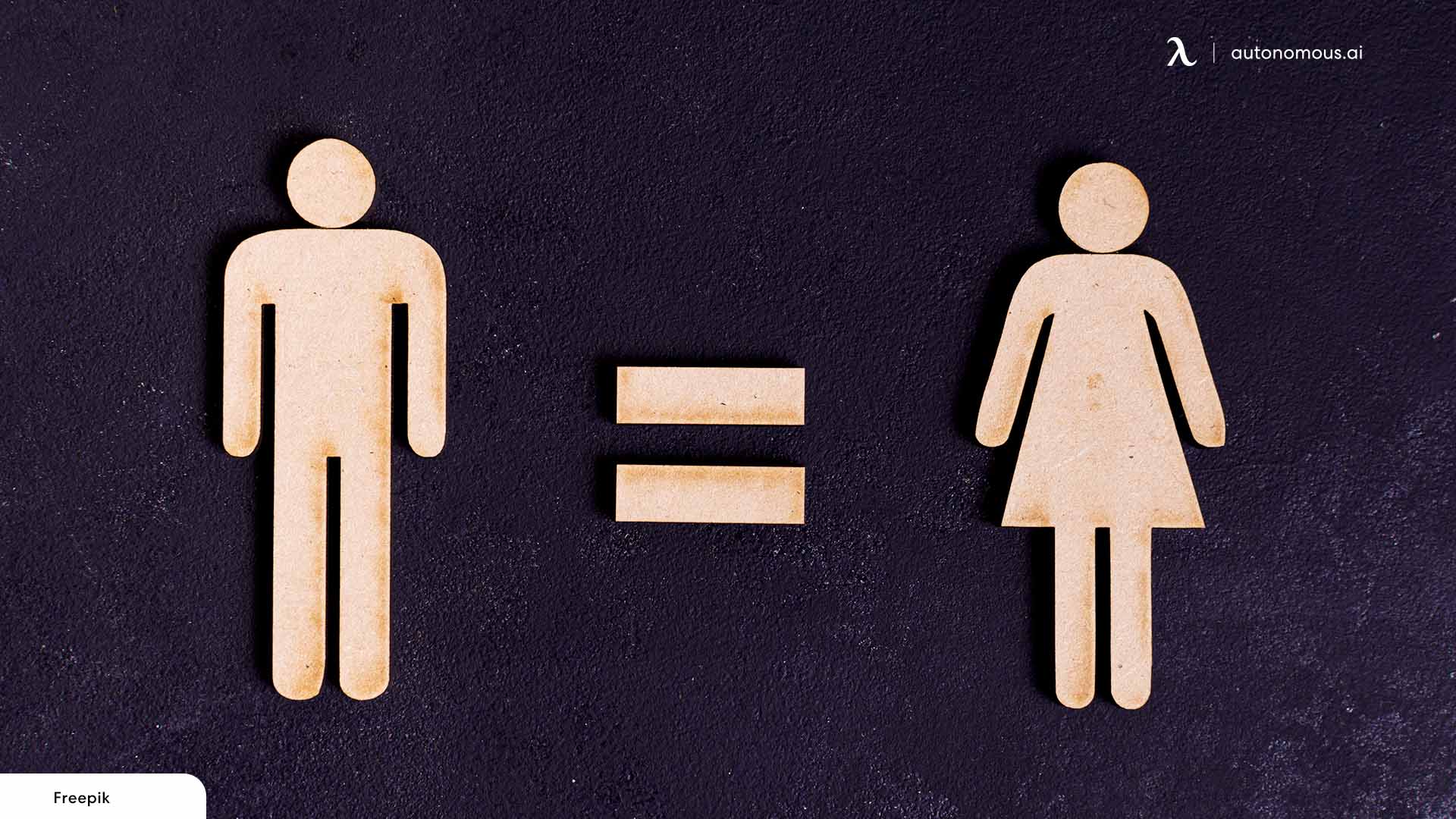 Everyone from the government level to the societal level is responsible for bringing gender equality into our workplaces, considering the importance of equality in the workplace. It is revolutionizing to consider how our history has changed by continuous efforts of people in all generations. Throughout generations, we have witnessed an increasing emphasis on issues related to gender equality.

It is notably true that Generation Y is somewhat better than the baby boomer generation since they focused highly on work and life balance and did not overlook gender roles. Some of the Gen Y characteristics revolving around gender equality are that people were starting to appreciate the 'stay-at-home-dad' narrative during that era.

Before this, it was considered a mere stigma for men to stay at home and take care of their babies while it was the women's job. Gen Y redefined the characteristics of gender roles since the housewives started to come into the corporate sector and started to make earnings. Therefore, the generations preceding them have also managed to cater to gender equality.

On the other hand, Generation Z has also been following the footsteps of their ancestral Generation since they have been highly participative in the conversations regarding gender equity. Generation Z's characteristics on gender equality vary from those of previous generations, especially Millennials. In addition, their attitude toward gender parity may be even more influential than either Generation in molding the skilled Generation. 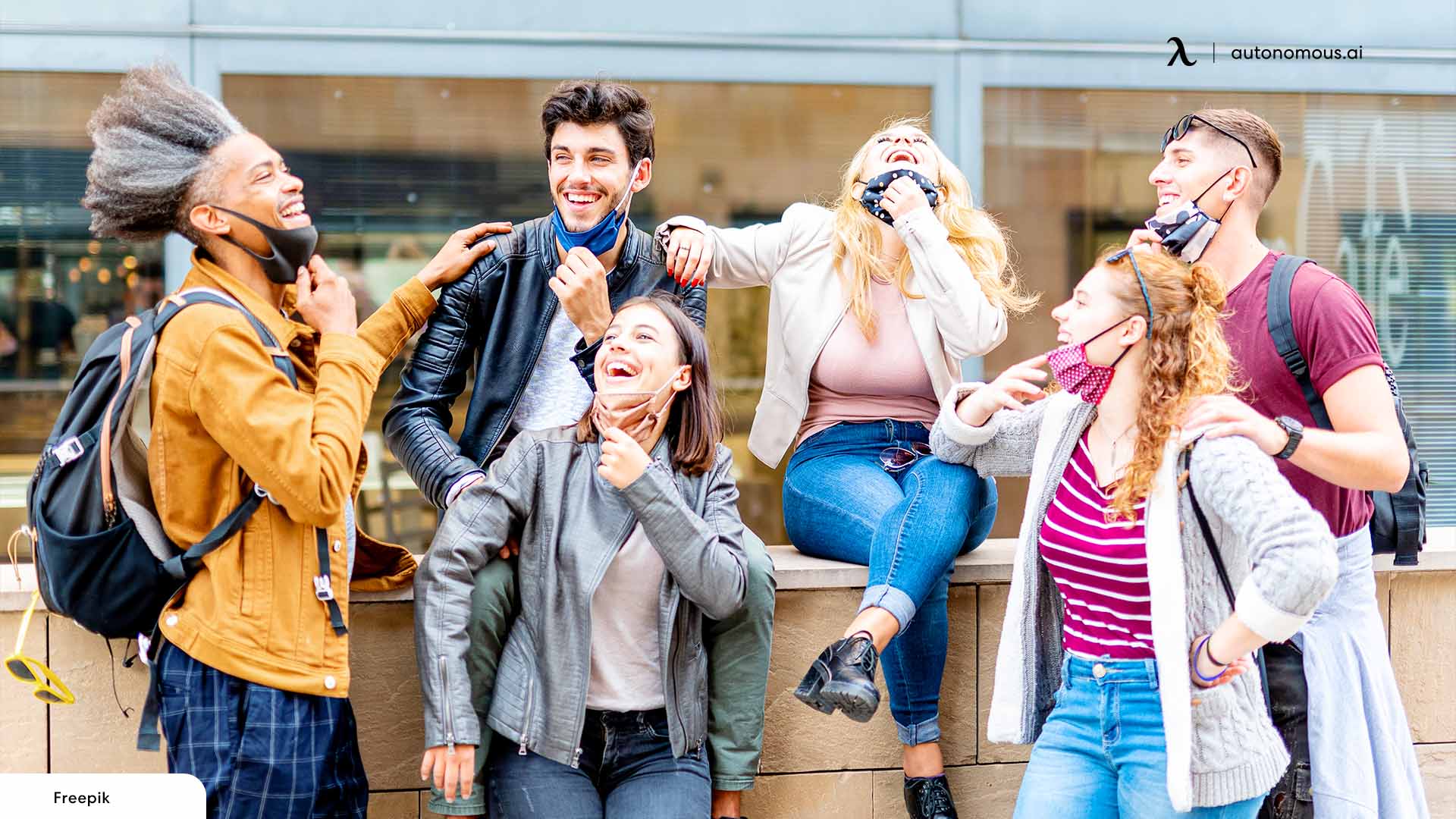 But not just because Gen Z makes up a larger proportion of the world's population than the generations before them. Equity is expected to be the rule, not a "bonus" or a "good to have" for Generation Z. For such a group, equal opportunity for all genders will exist, the concept of a glass ceiling is obsolete, and also the notion that future prosperity is contingent on gender looks irrational to them.

Sexual preference inquiries should also offer options other than women or men. According to Generation Z, Almost a quarter of them are aware of someone in their social circle who uses a gender-neutral prefix. Towards that end, today's teenagers are advocating for non-binary registration possibilities. Compared to previous generations, Gen Z applicants have a distinct perspective on workplace diversity.

Age, religion, sexuality, color, and physical capabilities are not the only factors contributing to equality and diversity. It's also about how people accept and value other points of view. Many businesses are tailoring their inclusivity strategies to meet the needs of Gen Z employees, fostering a more collaborative workplace that emphasizes open involvement from people with diverse ideas and opinions. Gen Z shows us how to promote equality in the workplace.

A climate of transparency, respect for diversity, and open dialogue, not unexpectedly, promotes variety, whereas a culture of fear and condemnation serves to suppress it. If your organizational culture is the source of your workplace diversity problems, you'll have difficulty attracting and retaining diverse people until you solve it. It'll also make it a lot harder to attract new workers from marginalized origins and viewpoints.

Home
/Ourblog
/How to Promote Gender Equality in the Workplace?