In the world of desk ergonomics, standing desks are all the rage. Many people, however, find themselves in a position where they don’t want to buy an entirely new desk. For those people, standing desk converters were invented.

The question is, are those converters worth the money? Or are they just a gimmick meant to take advantage of people who don’t know any better? Let’s take a look.

What a Standing Desk Converter Is

First, let’s talk about what, exactly, a standing desk converter even is. You might picture all kinds of different things in your head when you think of it, from floor jacks that lift your existing desk to big boxes placed on top of your desk to raise its surface level.

In a sense, you’re correct. A standing desk converter is, essentially, an item that allows you to work standing at a desk that is not a standing desk. Generally, they are items that sit on top of your existing desk, rather than trying to precariously raise the entire desk itself. 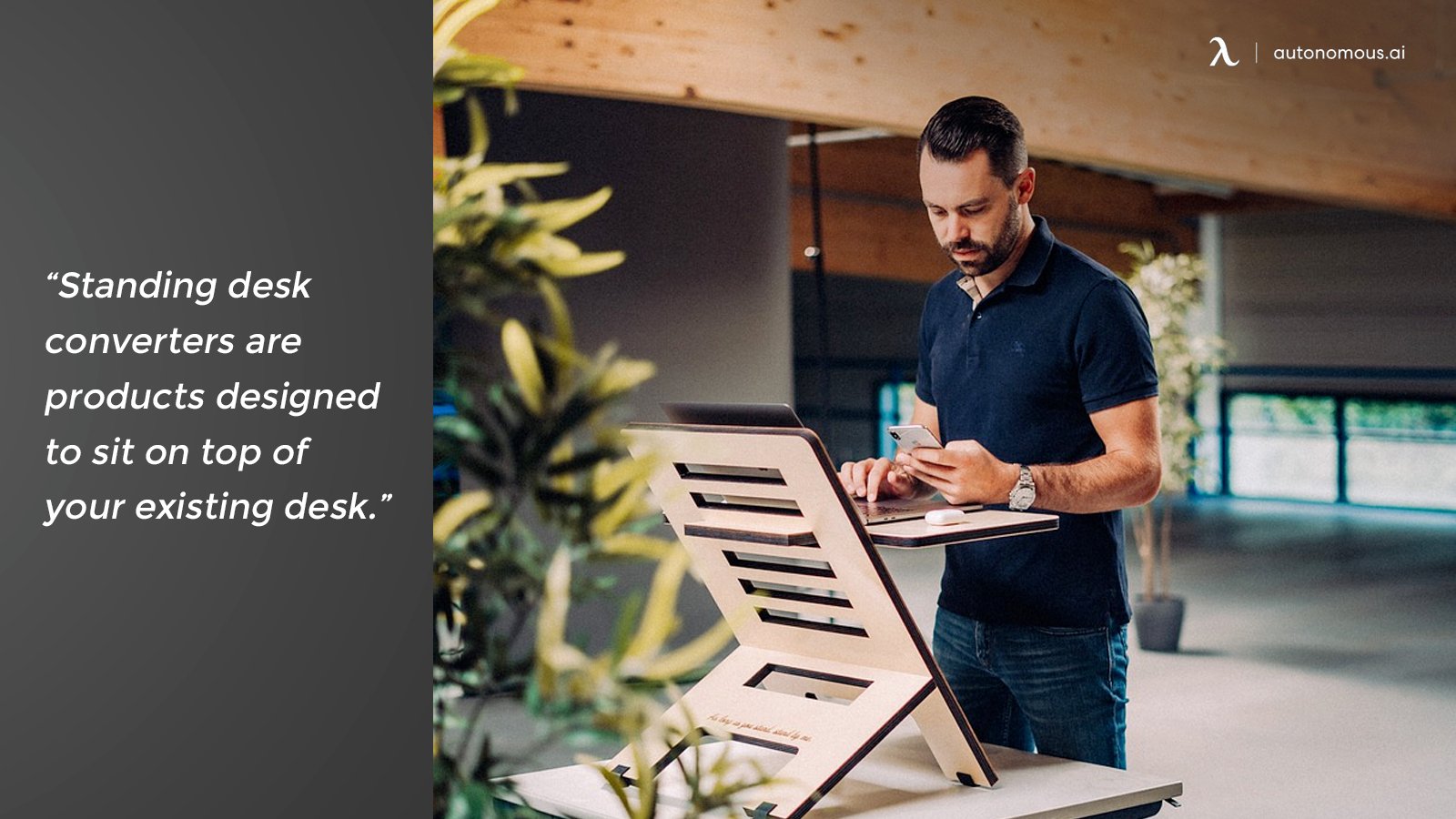 Depending on the design, these units may be able to fold up entirely and be stored away when not in use, or they may simply collapse into a smaller profile.

There are quite a few different kinds of standing desk converters on the market. 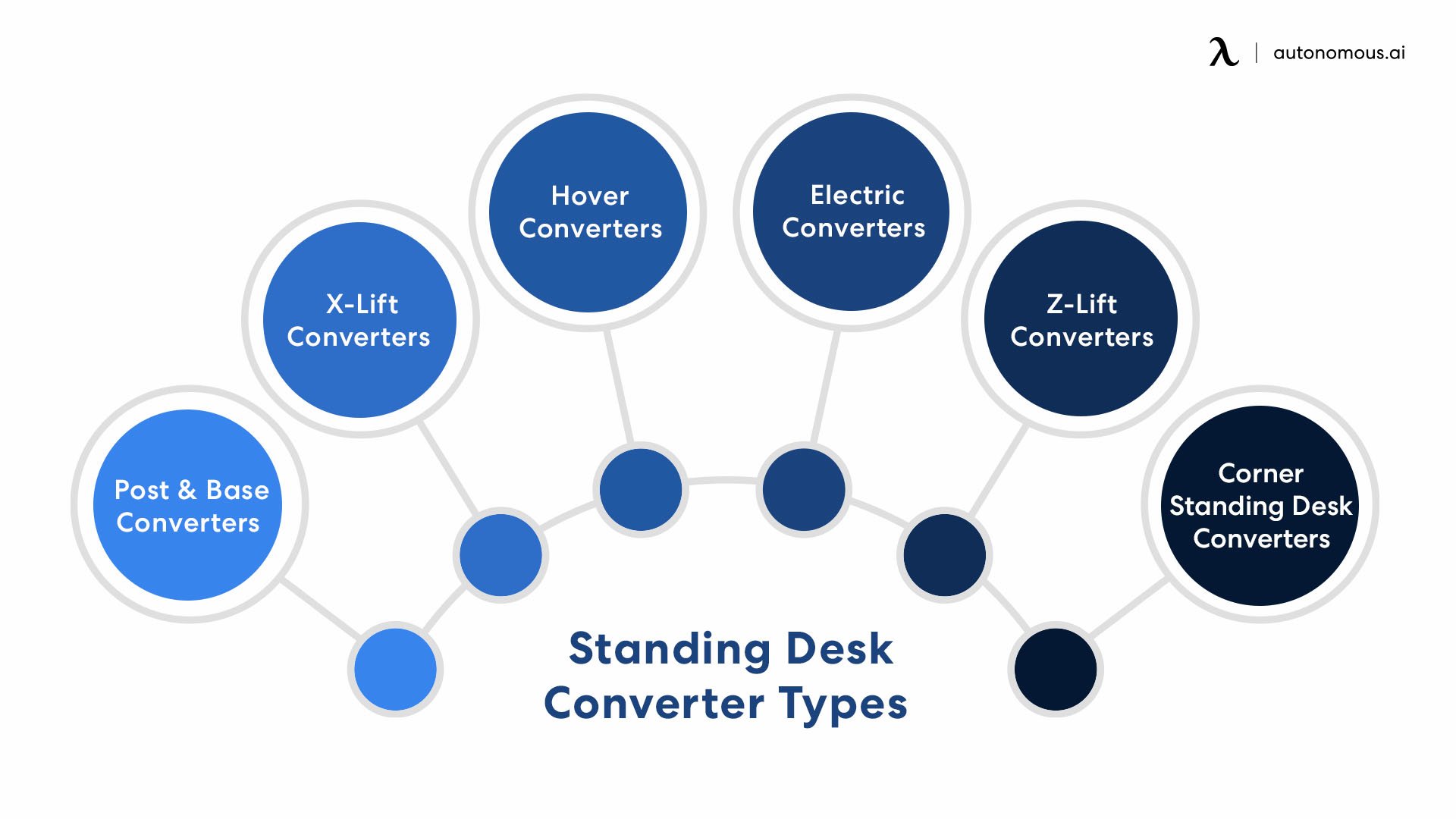 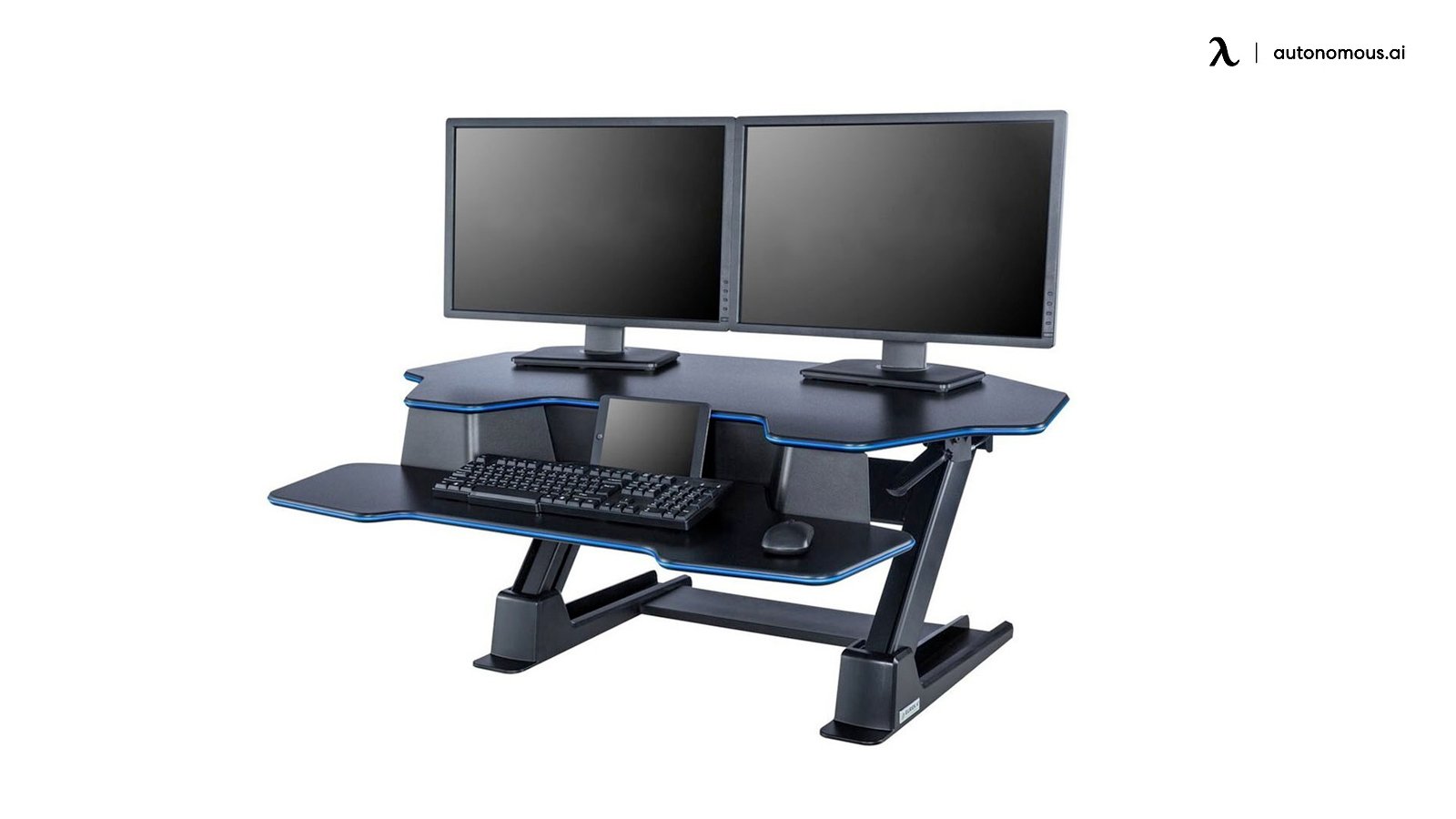 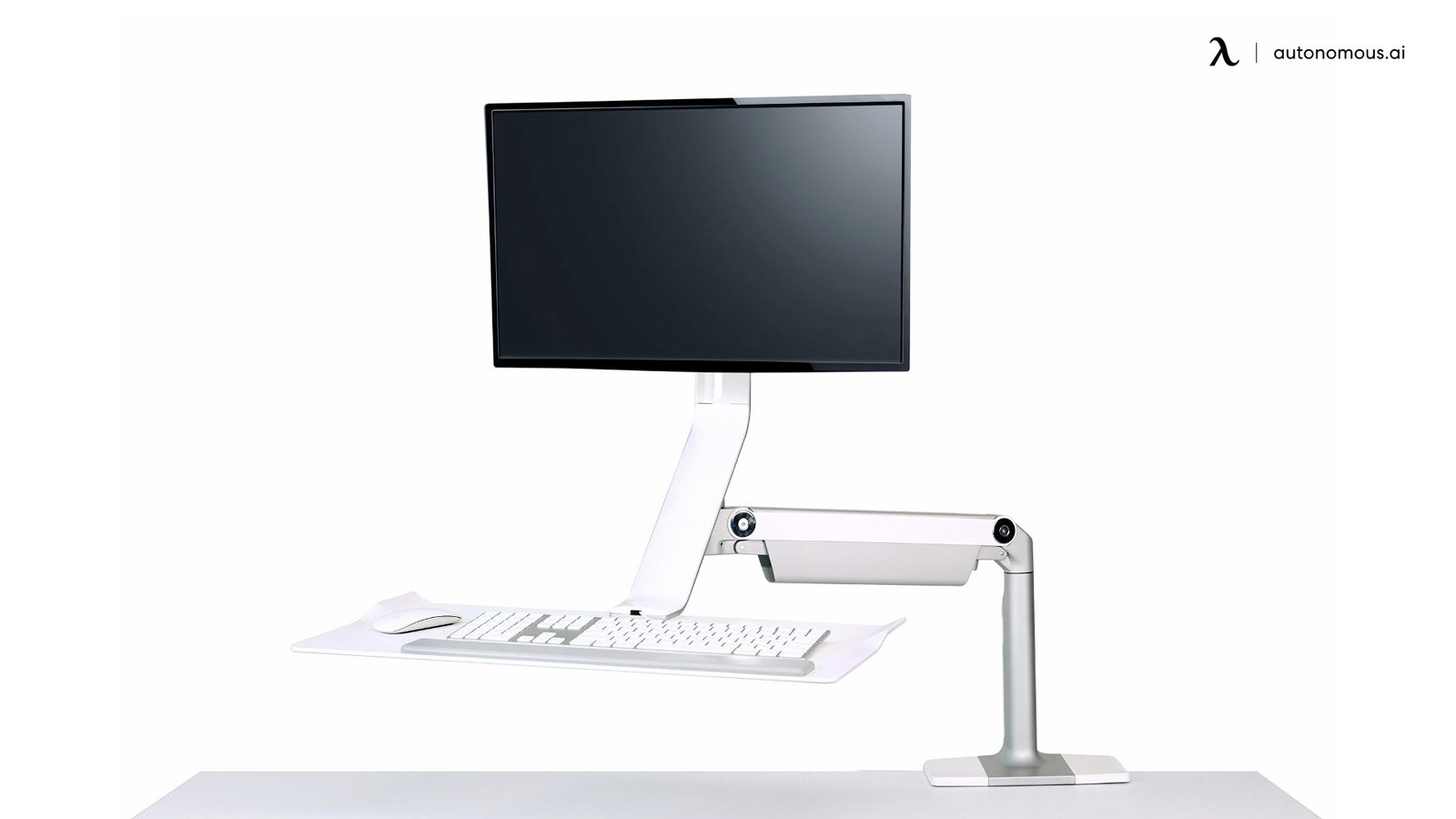 Standing desk converters can have a variety of different features and levels of design.

Now let’s take a moment to look at the pros and cons of using a converter instead of buying an actual standing desk.

As you can see, there are a few pros and quite a few cons to using a standing desk converter, so let’s discuss them individually and in greater detail.

First, the benefits of using a converter. 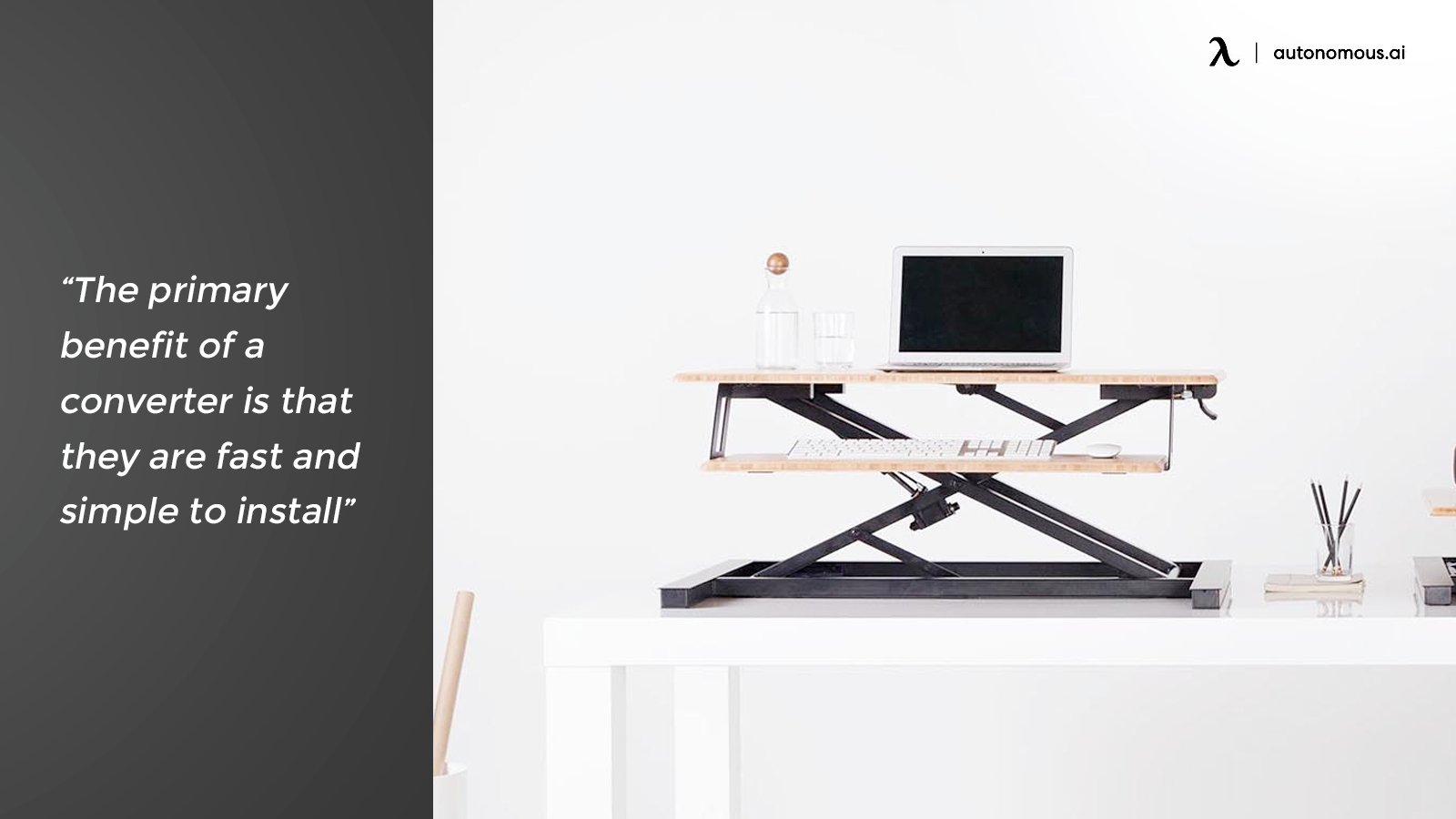 On the other hand, there is a number of downsides to using a converter in lieu of a standing desk. 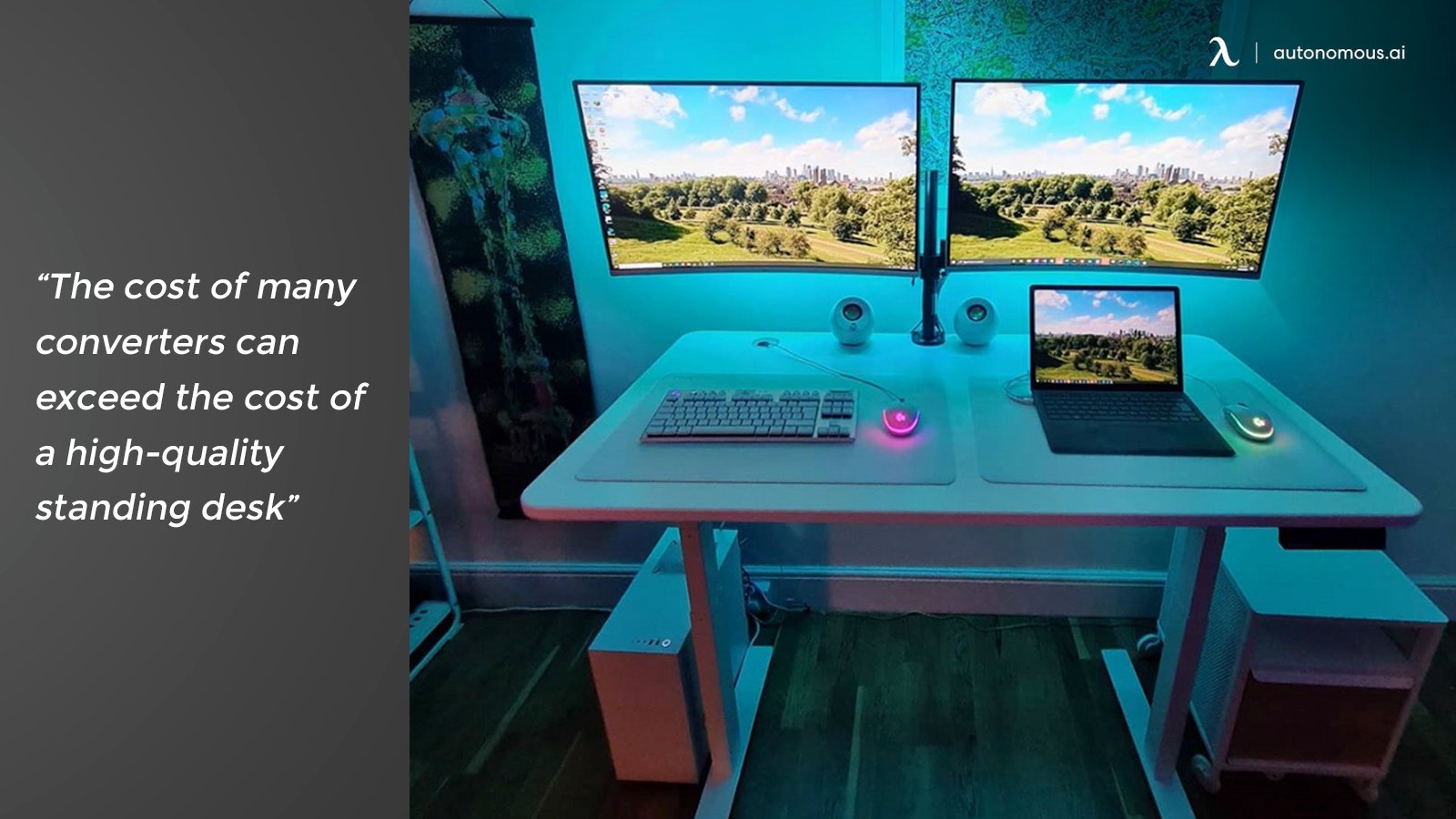 In broad strokes, it’s impossible to say that one kind of standing desk option is better than the other. It all comes down to you, dear reader. What do you want out of your standing surface? 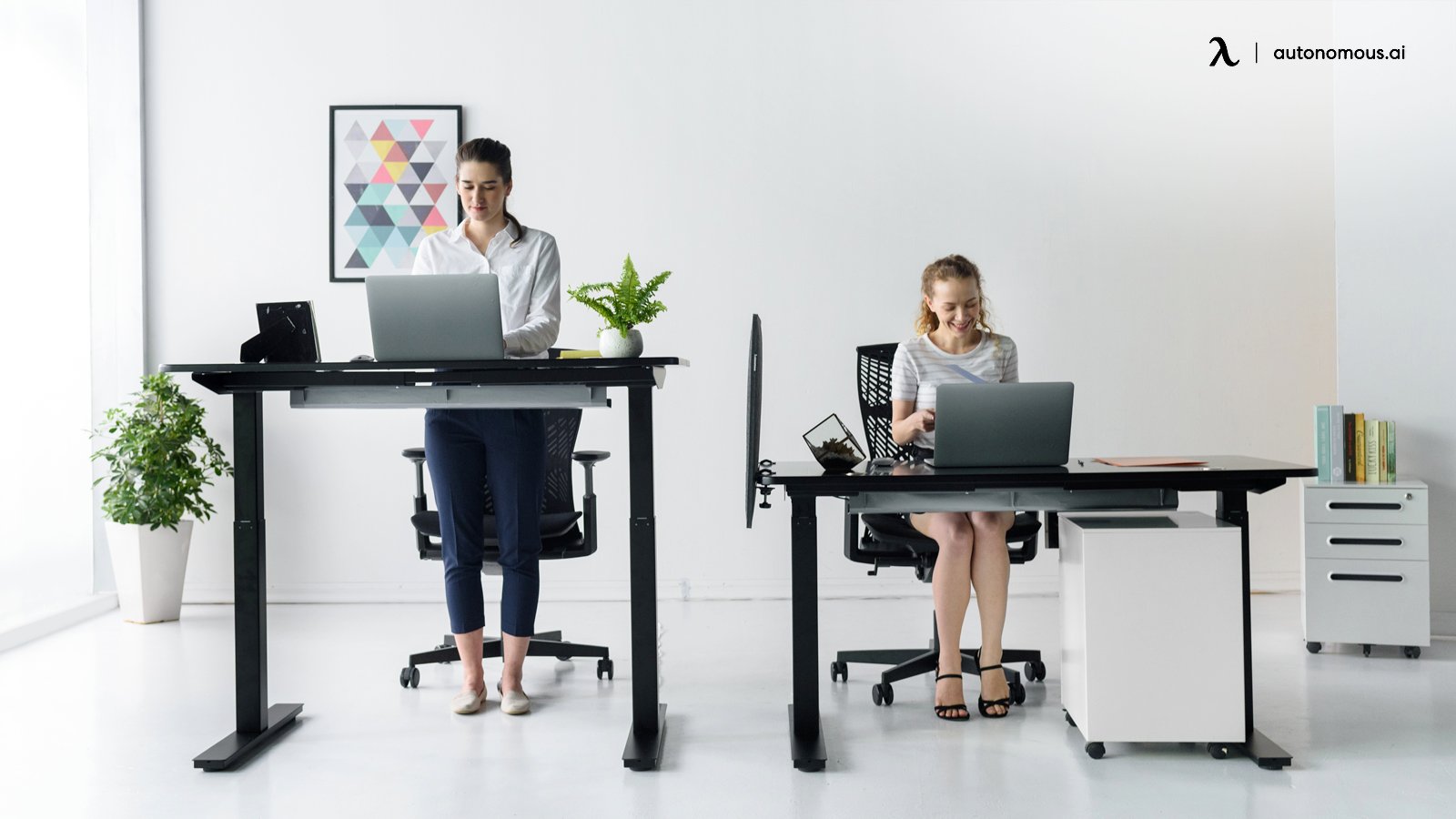 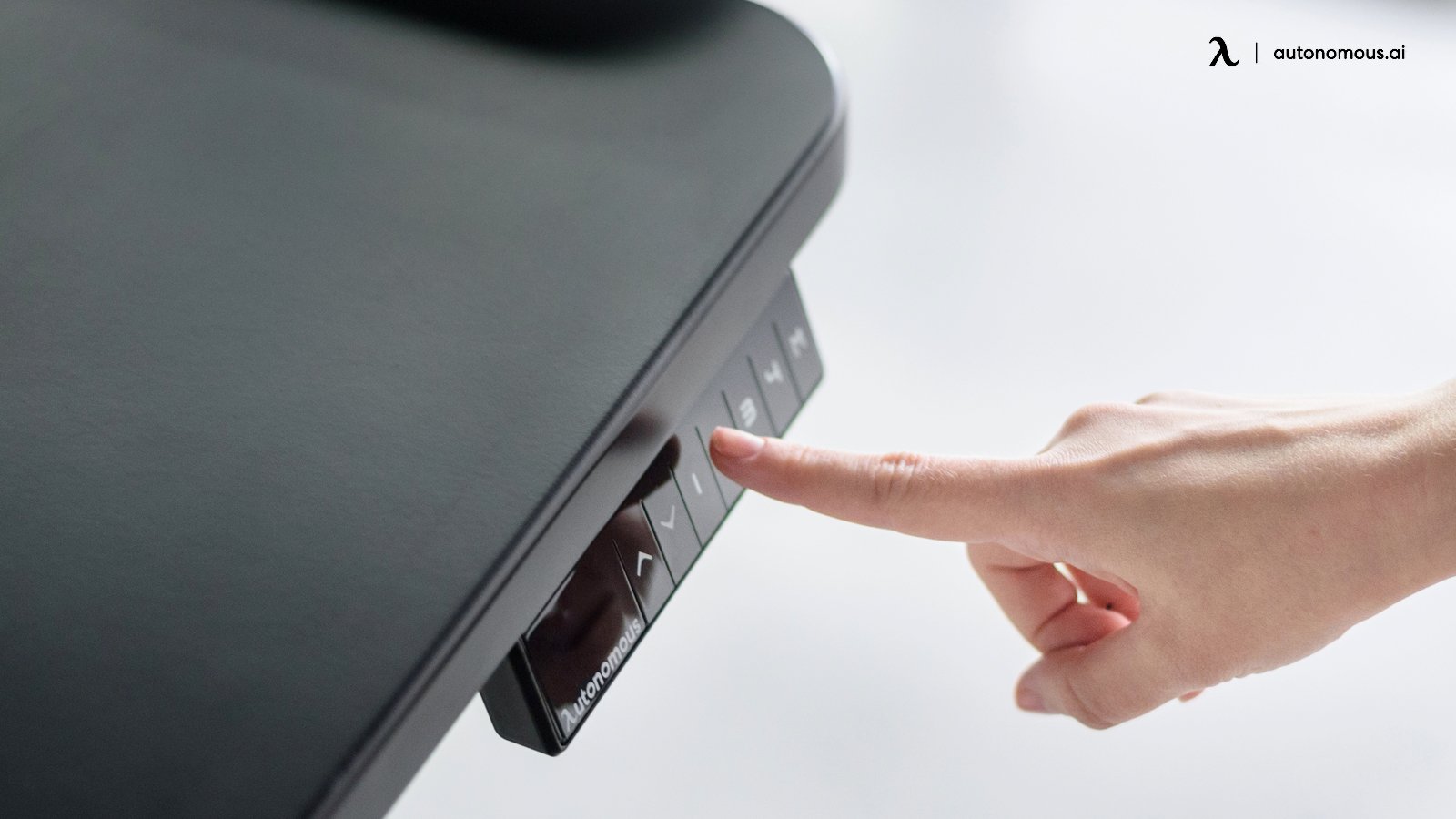 We guarantee there’s something out there to suit your needs. If it's something that you're going to be using for work every day, our recommendation is to invest in something high-quality with all of the features that you need.