The Benefits of Multiple Monitor Setups for Gaming

Link copied to your clipboard.

Gaming technology has come a long way since I was a budding young gamer. Back in the day, we had unwieldy CRT monitors that were deeper than they were wide, weighed an absolute ton, and had worse resolutions than you’ll find on your average budget smartphone these days. In comparison, the young pups these days have got it made - the average budget PC costs a lot less and can handle so much more, while monitors are light, crisp, and capable of so much more than you could find 20 years ago.

I’m not just here to take you on a trip down memory lane, though - it’s time to focus on the present. Today we’re going to be looking at how you can take advantage of a multi-monitor gaming setup and all the good things it can bring.

First things first, in order to get a three-monitor rig together, you’re going to need a gaming desk that can handle it. Measure everything up correctly and look for a desk that has enough top space and will have no problem with the weight. All of our SmartDesks can handle 300+ pounds of equipment, but we’d definitely recommend the XL top for the extra space. 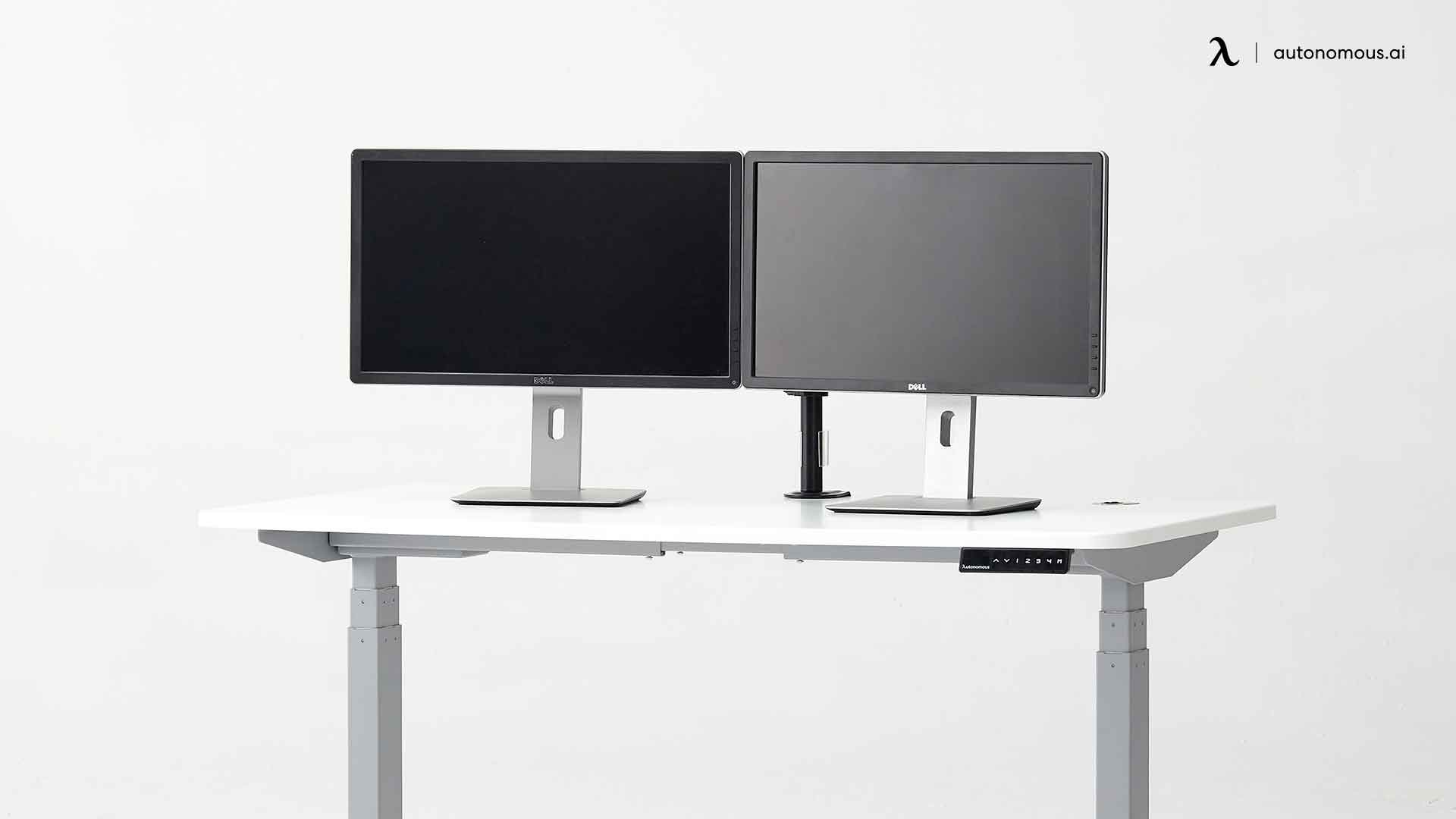 The whole point of having a three-monitor setup is to provide you with a more immersive gaming experience. This is best felt in the kind of games that revolve around vehicles of some kind - racing or flight sims, for example - as the increased field of vision makes you feel like you’re really there.

Starting with racing games, many gamers tend to angle their monitors carefully to create a 180-degree field of vision. That way, you can actually utilize things in a car like the rearview and side mirrors, which only adds to the realism. Gamers who are particularly serious about their racing sims like these two, playing Forza Horizon 4 and Assetto Corsa Competitizone respectively, will incorporate additional accessories like steering wheels, pedals, and even gear shifters into their setups.

Other titles, such as space exploration game Elite: Dangerous, can benefit from a multiple monitor setup as the additional peripheral vision you get makes combat situations a lot easier. With targets and threats whizzing around you in deep space, it’s important to be able to get a handle on where they are before you lock on and take them down. 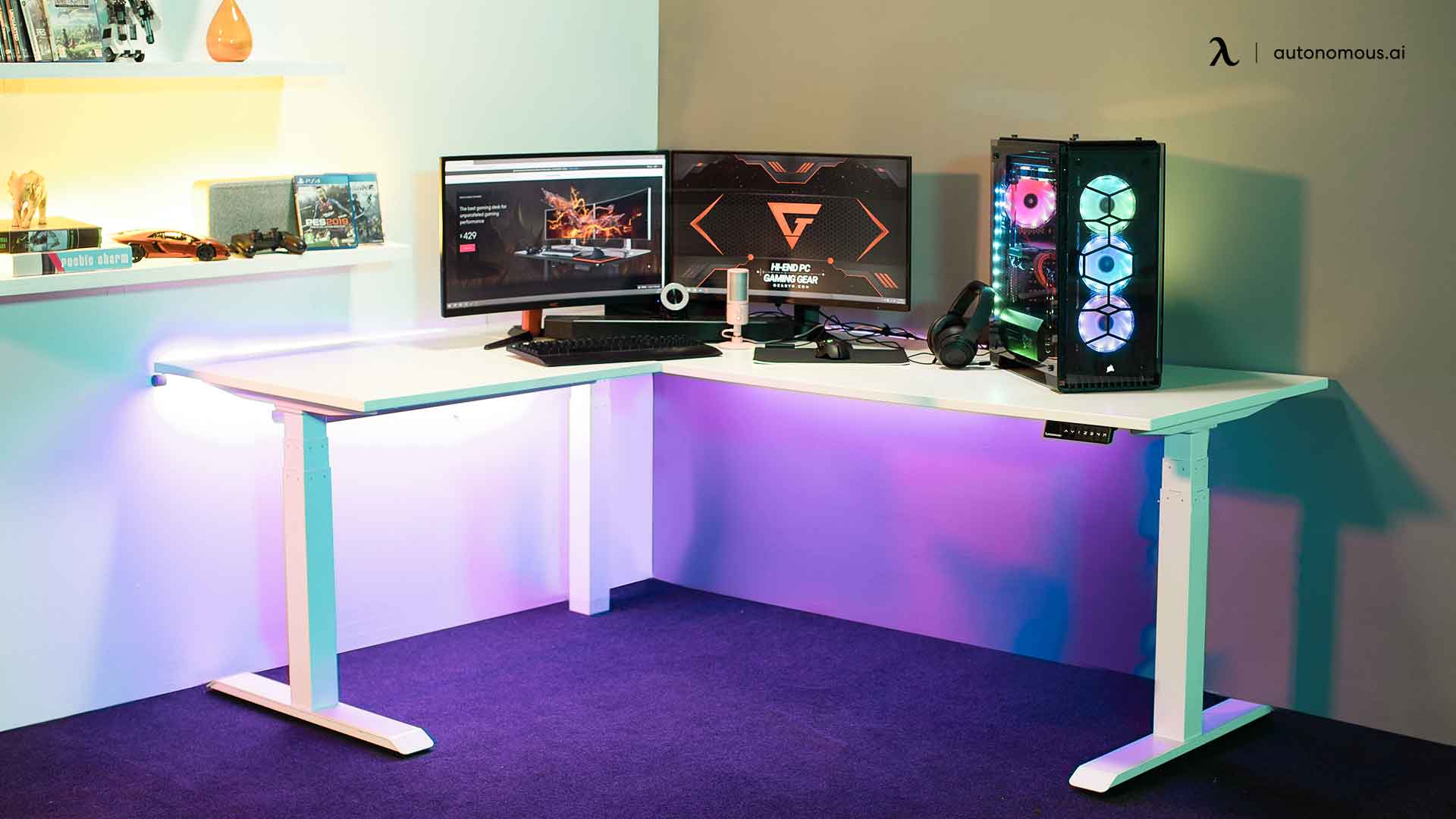 The benefits of having multiple monitors in a first-person shooter are relatively negligible. While you do have an increased field of vision, in a game like PUBG, your screen is stretched and it just doesn’t quite look right. The other issue is that in games where you need to identify threats at a distance, the outer bezel of each monitor can get in the way a little and not provide the uninterrupted field of vision that you’re used to.
Some shooters allow you to hook up additional monitors for different uses, however. The Battlefield series of games have a cool feature where you can use a second monitor to display your map, as seen here on Battlefield 4. On a single monitor setup, your minimap is, well, mini and you often need to bring it up to see where your squad or the action is. Doing this in-game is obviously far from ideal, as you don’t want to be a static target just begging to be sniped from hundreds of meters away. This way you can see the whole combat arena and periodically glance over when you need to. A lot less messy. 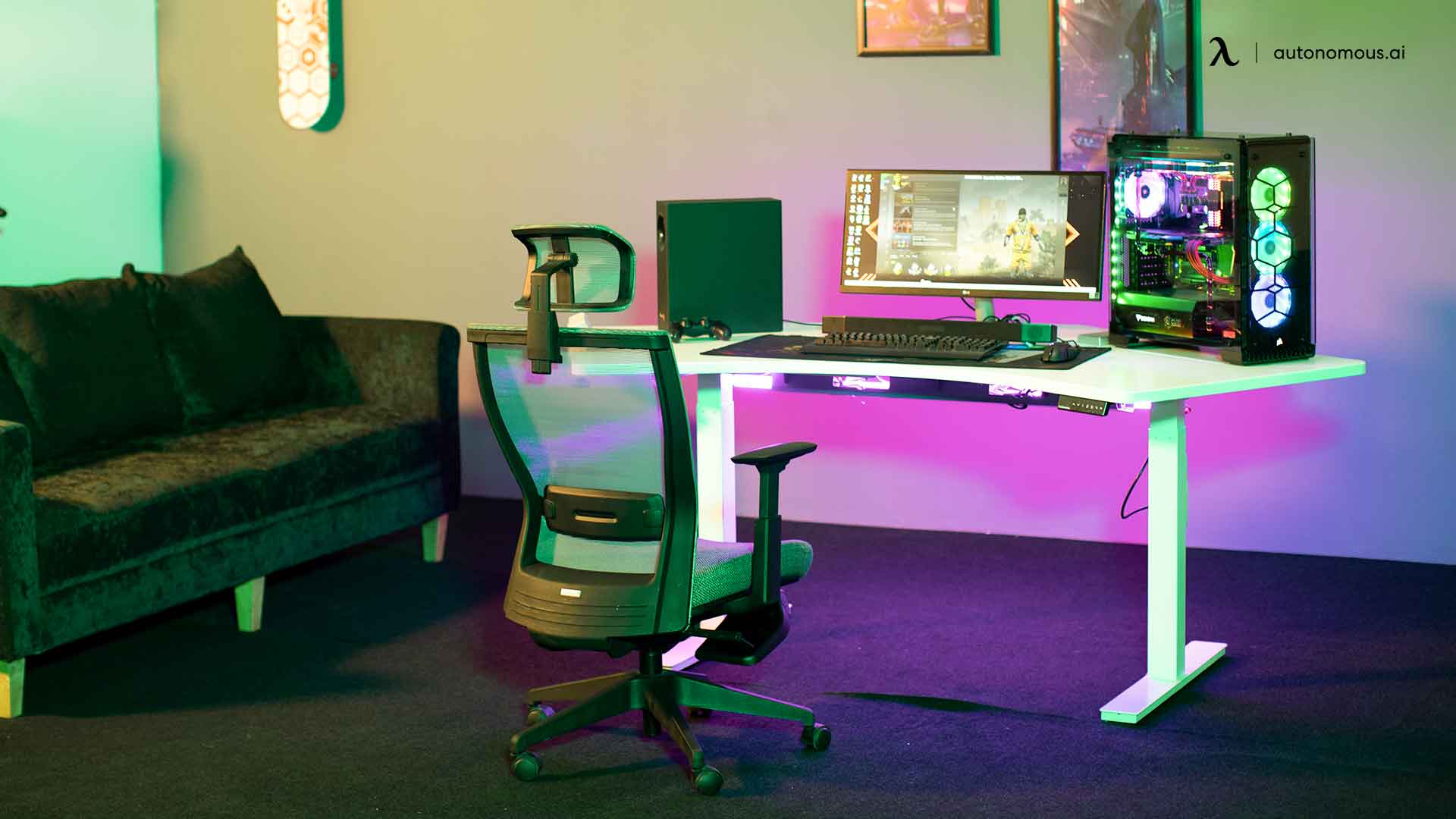 From a hardware perspective, it makes a lot of sense to get multiple monitors that are the same make, model, and size as each other. The reason for this is simple - continuity across the board. Picture quality varies and if all of your monitors are the same, then there’s no irritating difference aesthetically as you scan from one to the other.

If there’s a different resolution or refresh rate, it’s not going to look great, especially when it comes to creating an immersive, realistic environment. However, if you’re going for a smaller screen to provide an additional feature, like the minimap we mentioned before, it’s less of an issue.

In terms of ideal numbers, there are a few to look out for before you buy a monitor. The first is going to be a refresh rate of at least 144Hz. Refresh rates determine how often the picture you see is updated on your monitor and a higher one means that you’ll see things on the screen faster, which is particularly important when it comes to online shooters. It’s worth noting that the FPS (frames per second) of the game itself and the power of your graphics cards have a say here too, but if you’re looking to play modern games and have a decent system, then you’ll need to heed this advice.

Next, look for a monitor with a low input lag time. Input lag is basically the time it takes between you sending an instruction to the game through your keyboard, mouse, or controller, and how long it takes for that action to happen on screen. As you might imagine, you want this to be as quick as possible, especially if you play games that require fast reaction times, like PUBG or COD.

The final number to consider is the monitor’s response time. Response times are the time it takes for a pixel to change color, either from black to white or grey to grey. The quicker this time is, the less ‘ghosting’ or apparent blurred motion you’ll see on your screen. Many gaming monitors will have a response time of just 1ms, which is ideal, though other sources saying that anything under 5ms should see you right.

Whether you’re using your multi-monitor setup for work or play, you’re going to be doing it in style. For gaming, make sure that you’ve got the right internal hardware to make the most of your display - there’s no point having a great display if your graphics card isn’t up to scratch. You should also make sure the game you’re enjoying will allow you to spread it over your monitors, which will be done via the in-game settings. For a handy list of titles that do, click here.

Finally, make sure that your gaming space is fully ergonomic. Getting a sit-to-stand adjustable desk for gaming is a great start, and make sure that you’ve got a chair that gives you the support you need. Here at Autonomous, we’ve got you covered for all of that.

13 Cool Gaming Desk Accessories Every Gamer Should Have

How to DIY your gaming desk with the SmartDesk Kit Frame

A gaming desk that supports 3 monitors, why not?

5 must have essentials for pro gamers

Gaming Furniture - Setting yourself up for victory

Link copied to your clipboard.

Please fill the information below.
Thank you!