By avoiding keyboard shortcuts at your fingertips, you're wasting precious seconds of productivity each time you raise your hands from that keyboard to get to the touchpad or mouse. A key combination is faster to use than a mouse and helps reduce carpal tunnel keyboard, but it also helps you to do a better job of selecting cells or highlighting text more accurately.

Take for instance the ctrl + v or the ctrl + x basic computer shortcut keys that are commonly used and how they save you time in many ways. We have given below some of the best-known keyboard shortcuts you may not use but ought to know!

What is a Keyboard Shortcut? Certain Keys Have a Universal Function A number of ergonomic programming keyboard shortcuts are associated with certain keys, either on their own or in combination with other keys. Any application running under Windows that uses the F1 key will usually show a help menu. By pressing "Alt + F4" on your ergonomic split mechanical keyboard, the current application is closed, or Windows is shut down if no application is open. For example: To find out what hotkeys are used in an application, search its help menu index for the words "hot keys" or "shortcut keys" or "computer shortcut keys". 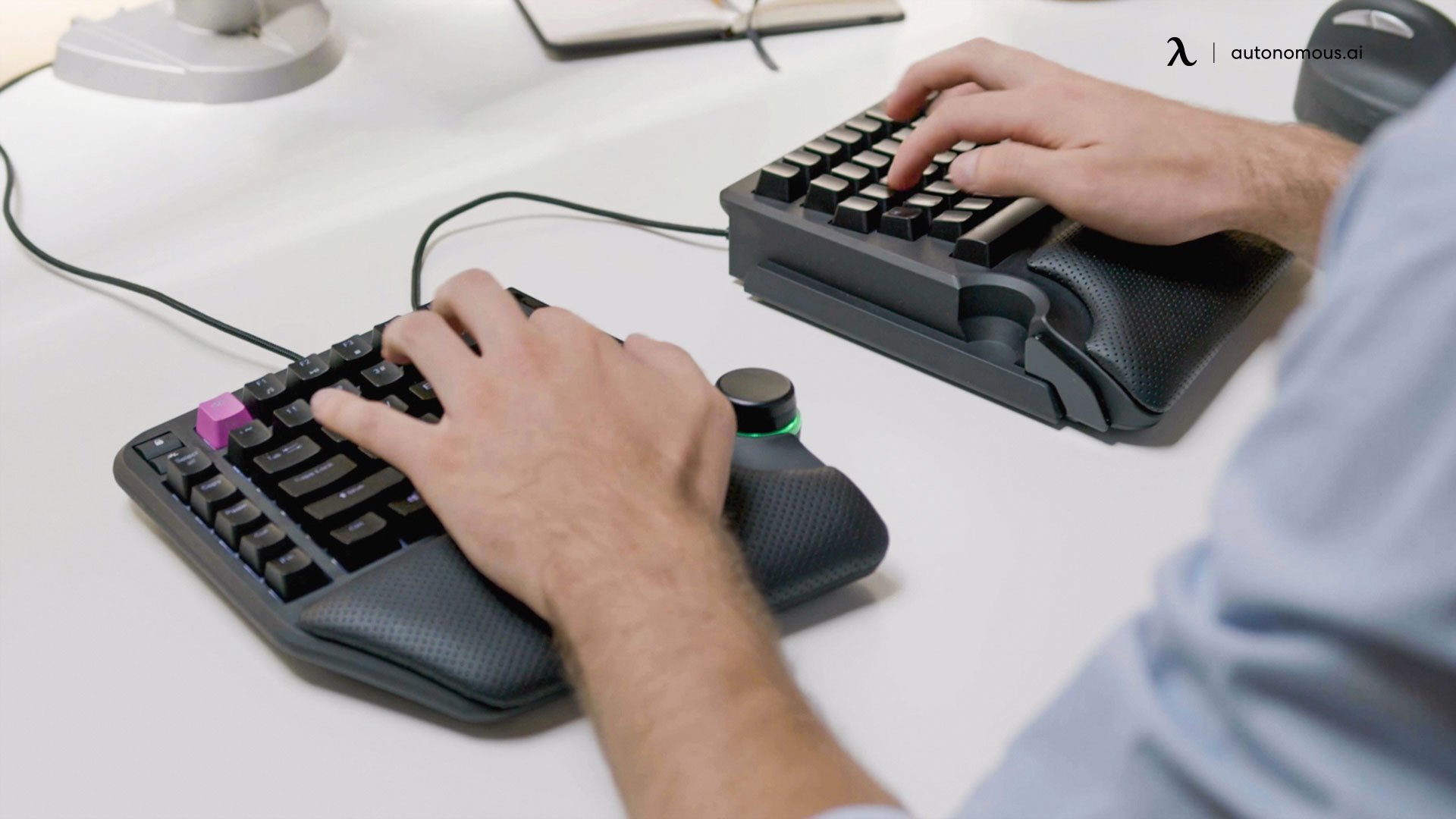 This compact tenkeyless ergonomic split keyboard is designed to help you adjust the split, angle, and tilt in an infinite number of ways to perfectly fit your ideal typing posture.

A computer keyboard's "F" or function key serves as a set of built-in hotkeys or potential hotkeys whose function is determined by the operating system or application being used. Certain operating systems and applications allow users to assign hotkeys to perform specific tasks or launch specific applications. You could, for instance, assign one hotkey for playing music on a compact disk (CD) and another for adjusting the speaker volume.

Some Computer Shortcut Keys You Can Use Daily Today, a lot of devices come with very jumpy, inaccurate click pads, and you need to make a few, additional attempts just to select a small portion of text! Touchscreen PCs don't make everything simpler or faster just because you can touch that screen. Using your keyboard, you can highlight text by holding the Shift key and then drag across the cursor on the text you wish to select.

Each time you press the arrow key, you can highlight entire words instead of individual characters if you hold down CTRL. Many programs also allow you to change a text's format without using the mouse, such as italicizing (CTRL + I) or bolding (CTRL + B).

ALT + Left Arrow to move through pages inside a web browser

It's likely that we use our web browser's back button at least a dozen times every day. Here’s a simpler way to go back to the previous webpage without pressing the back arrow button. You don't have to reach for the arrow button every time. Instead, press the ALT key and the left arrow. You can move forward by pressing ALT + Right Arrow. Using Windows 10's snap feature, you can split the screen between any two to four applications and then snap those windows next to each other. This helps when you have a lot of applications, browsers, or documents open. When you click on any of these windows, you can drag it to either the right or the left so that it takes up just half the screen space, or into the corners where they then take up just a quarter of the screen.

Alt + F4 to close any Windows app you are using

Clicking the X button on the upper right corner of a program's window is the most common method of closing a program. You have to lunge and swipe a lot if you want to shut down several programs simultaneously. On Windows 8, 10, and 11, you close all programs by pressing ALT + F4. A desktop application (but not a Windows Store application) can be closed by pressing CTRL + W.