How to Repair a Faulty Lamp - Easy Tips and Guides

What are the possible causes of a lamp not lighting? A dead bulb is the most obvious example. But before you dispose of it, swap it out for a known working bulb to be sure it's really dead, and then start shopping online for lamp replacement parts. This lets you determine whether the bulb is really most sincerely dead. As part of the above test, you should check to see if the lamp is dead before you repair lamp.

Circuit breakers should be checked if they have tripped in case you need to consider a lamp switch replacement. There should also be multiple appliances turned off when that happens. There is a possibility that the switch is dead if it is on. It is also possible that the socket is dead. When you see how to repair lamps, the socket of a lamp may need to be checked and cleaned if it is clogged with lint, dust, or dirt. It might work perfectly after it has been cleaned up.

Factors That Cause Short Circuits Of Lamps It may be that the filament has burned out in one table lamp, but it may not be the case in the other lamps. Lamps should be replaced if they break. In the unlikely event that the filament does not burn out, check the switch and lamp cap for poor contact and any faults such as a disconnection. The following factors cause short circuits of lamps and similar office accessories made for lighting:

Techniques You Can Try to Repair Lamps The fluorescent and even HID and LED lights are more complex and prone to failure than incandescent and halogen RGBW modern curve lamps since they consist of multiple components. The light bulb (the "tube") is usually the culprit when it comes to fluorescent light, but this is not always the case. Whenever one or both tubes' ends are blackened, you can tell if they are bad.

One tube tends to burn out in fixtures with two or more tubes, which causes the other tubes to flicker or dim. Series-wired fixtures, especially older ones, are prone to this problem. If one tube burns out in a modern fluorescent fixture, the other tube(s) will continue to light, so long as they are connected in parallel.

Replacing a bad tube is the best course of action. It is normal for the ends of tubes to be discolored light gray, which indicates that the cathodes inside are not damaged. When changing the fluorescent bulb, be sure that its diameter and wattage ratings match the specifications of your fixture. Otherwise, using the incorrectly rated tube will result in premature failure. 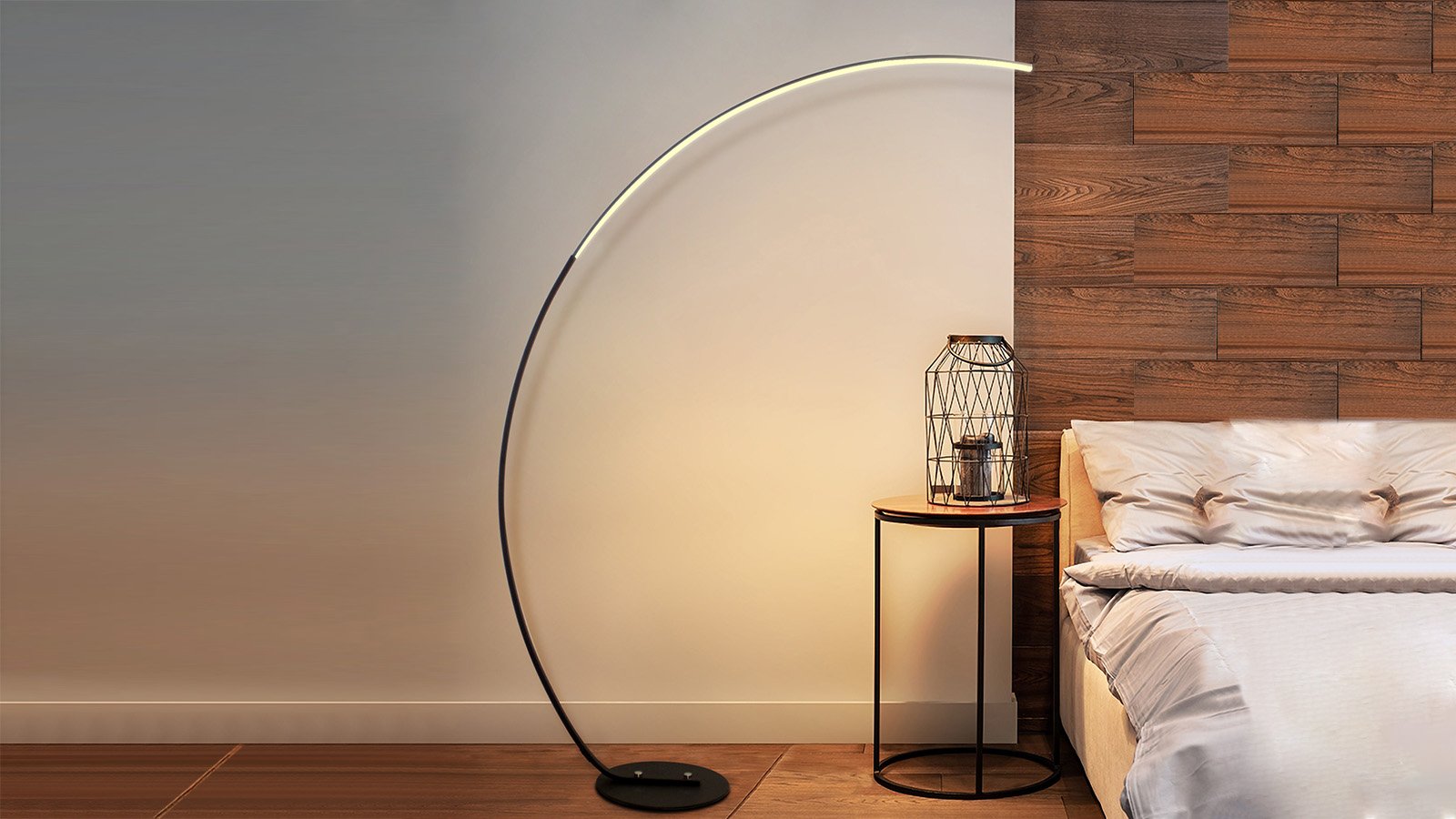 It features a built-in RGB LED Strip with 16 million color options and 358 kinds of light effects. This power-saving LED bulb is good for 20 years with normal use.

You must recycle fluorescent tubes following your area's regulations since they contain mercury and phosphorus, which are hazardous to the environment and health. You should replace the tubes if they appear in good condition or if replacing them does not resolve the problem. It is most likely that the ballast has failed inside the fixture. In a ballast, a relatively high voltage is applied to the tubes' ends when the lights are switched on (usually over 300v), and then the current is limited so that the tubes do not explode.

Since lamp replacement parts can be fairly expensive, you may want to consider replacing the entire fixture instead. When you replace the ballast, ensure the tubes match the ballast rating and that the ballast is of the right type. You should look for an electronic ballast that is as efficient as possible and does not emit the humming/ buzzing common with older magnetic ballasts.

When it comes to upgrading from our Lamp Depot store or home furniture store, LED tubes are the best choice. Fluorescent tubes look like these, but they do not contain the harmful elements found in fluorescent tubes and last for much longer than fluorescent tubes. The LED tubes you choose should not require a ballast; they should be "direct wire" or "ballast bypass" tubes that plug directly into the mains without a ballast or driver. If replacing the tubes does not solve your problem, research and decide which option is best for you.

Is There A Reason A Lamp's Knob Won't Turn Off/On At Night? In the daytime, it works, but at night it doesn't even click unless the light bulb is unscrewed.

A knob on a lamp might look like this. As a household lamp with a rotary switch, this is something like a living room lamp in the United States. It's a bad switch if it's just an ordinary lamp without a timer or photocell and no Smart controls, like your grandma's end table portable desk lamp.

Temperature-sensitive devices might click during the day instead of at night, but many other possibilities would need more details to troubleshoot properly. In this instance, it is better to replace the lamp and switch before you cause an electrical fire if you do not have someone who can troubleshoot it.