Can You Put Your PC on the Floor? Here's The Reason Why You Shouldn't

On the flip side, some say that there's absolutely nothing wrong with doing it and you should go ahead. So, when you're caught between these two narratives, what is it that you are expected to do? Do you put the PC on the desk for the floor?

By the time you're finished reading, you should have a definitive answer. However, here is a bit of a sneak peek. There are not too many things to worry about if you have your computer on the floor. However, though these factors may be few, they may be enough to cause you some big challenges in the future.

Not every desk comes with a facility to keep your system unit raised. This is especially true if you go for one of the more streamlined electric standing desk builds that are meant to offer flexibility and be conducive to a minimalist desk setup if that's what you desire.

In fact, these desks are not built with many office accessories or facilities for them in most cases. Yes, there are the outliers, but those are the exceptions and not necessarily the rule.

Now it's time to help you understand what to do with your computer desk setup by indicating what may be a few of the challenges if you do decide to put your unit on the floor.

Reasons to Avoid the Floor or Carpet 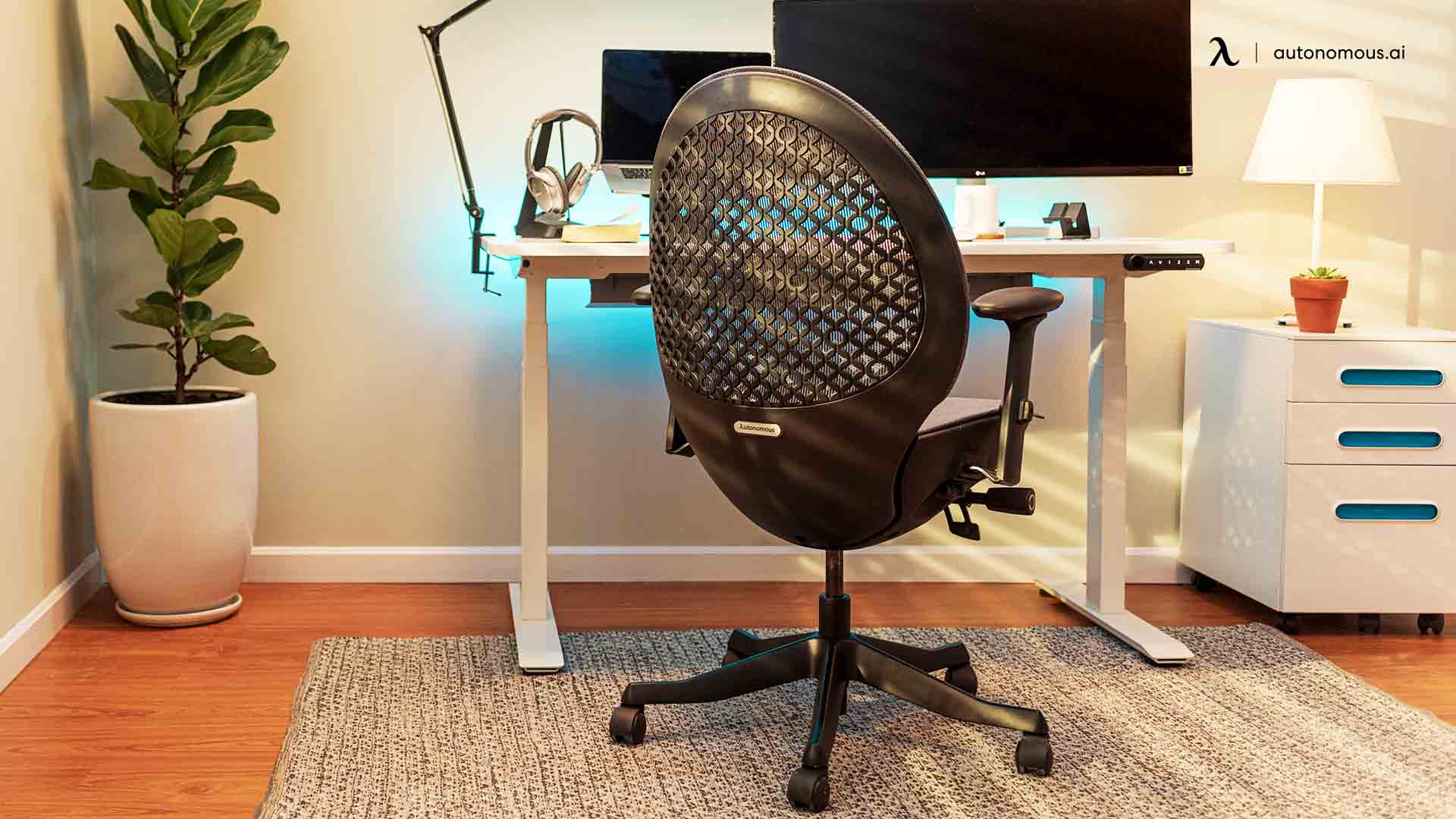 Just in case you were wondering, you did read the heading right. The introductory section only mentions the floor, and it may have given you the idea of bare tiles, wooden flooring, or whatever other finish is present.

Can you put your PC on a carpet? This is another question that often emerges, and the answers for the two are quite similar, though one of them is more detrimental if you decide to go the carpet route.

When you're doing your house cleaning, you often have to sweep away the dust. Even if your doors are closed and there's barely any traffic going through your home, you are going to notice that tabletop surfaces build dust, and the floor builds even more.

This is the first problem with putting your PC on the floor. Furthermore, dust is only one kind of potential debris that you may have to deal with. Other little particles and even things, such as here, can be a huge concern for PC owners.

Remember that your machine generates quite a bit of heat in its operation. The only way to keep it sufficiently cool is to use its internal liquid or air cooling mechanisms in tandem with ventilated areas for escape and cool air intake.

Of course, there is nothing at the borders of these ventilated spaces preventing any particles that are small enough from entering your PC. If you've ever opened up your unit to clean it and you notice a lot of dust, it's natural in operation. However, you accelerate the process by having it on the ground. 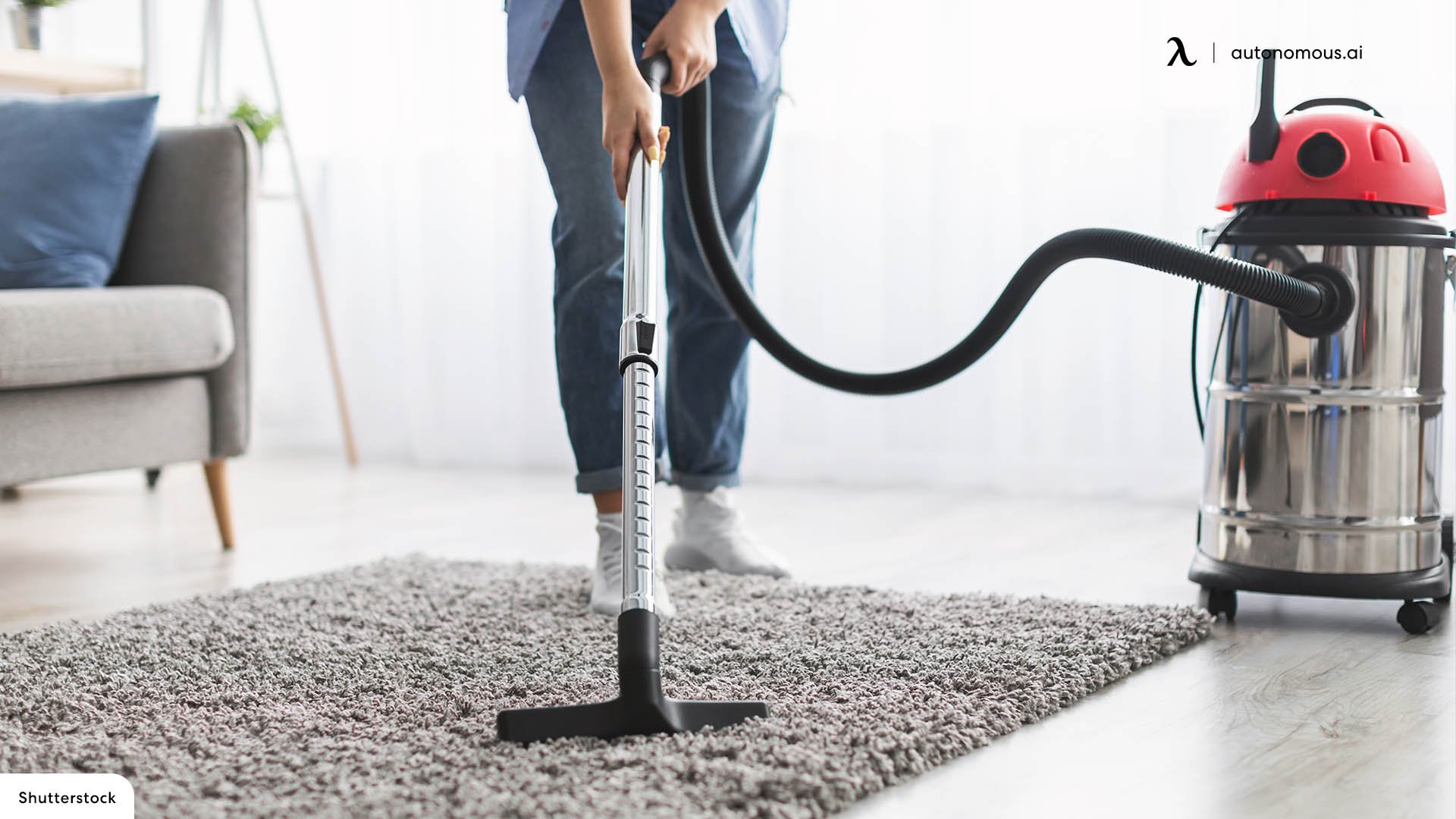 So, one cannot necessarily stop this process from happening since the movement of debris is natural when the PC sucks air in, but you can mitigate the impact by not placing your PC in the one place where it collects the most dust.

This gets arguably worse when a carpet is in the mix since carpets tend to trap quite a bit that people don't even realize. Of course, it is all too happy to pass on some of its impurities to your PC internals.

This isn't simply a concern of cleanliness for your machine. It's also a question of functionality and operability. When your fans and other internal components begin to get bogged down by dust, you are going to notice a dip in the unit's operational capacity.

Left unchecked, you can end up doing permanent damage to very sensitive components, which can leave you with a hefty part replacement build, assuming you don't end up having to replace the entire unit.

To further ensure that you preserve the internals, you may want to set yourself a regular enough schedule where you dust the machine internally with compressed air regularly.

You also want to bear in mind that dusting or cleaning around a PC on the floor is not necessarily the easiest task in the world. What this means is the dust and debris closest to and even under the unit tends to be missed, which is even more reason for you to be concerned.

This PC placement concern is more applicable to carpeted floors than it is to bare ones. Even in the previous point, the matter of airflow would have been alluded to. You cannot overstate the importance of good airflow to any PC, especially those that are known for high performance.

If you take floor placement out of the matter, you can see examples of airflow importance elsewhere. There are numerous documented incidents of people putting laptops and PCs against surfaces and in positions that would affect their ventilation capabilities.

Left unchecked, you find that this can result in severe damage to internal components. Sometimes, it's so bad that the unit becomes nothing but a brick.

Carpets are severe airflow blockers, though it does depend on the exact points at which your PC pulls in and pushes out the air. These days, you notice that most system units are not flat on the floor like they used to be. 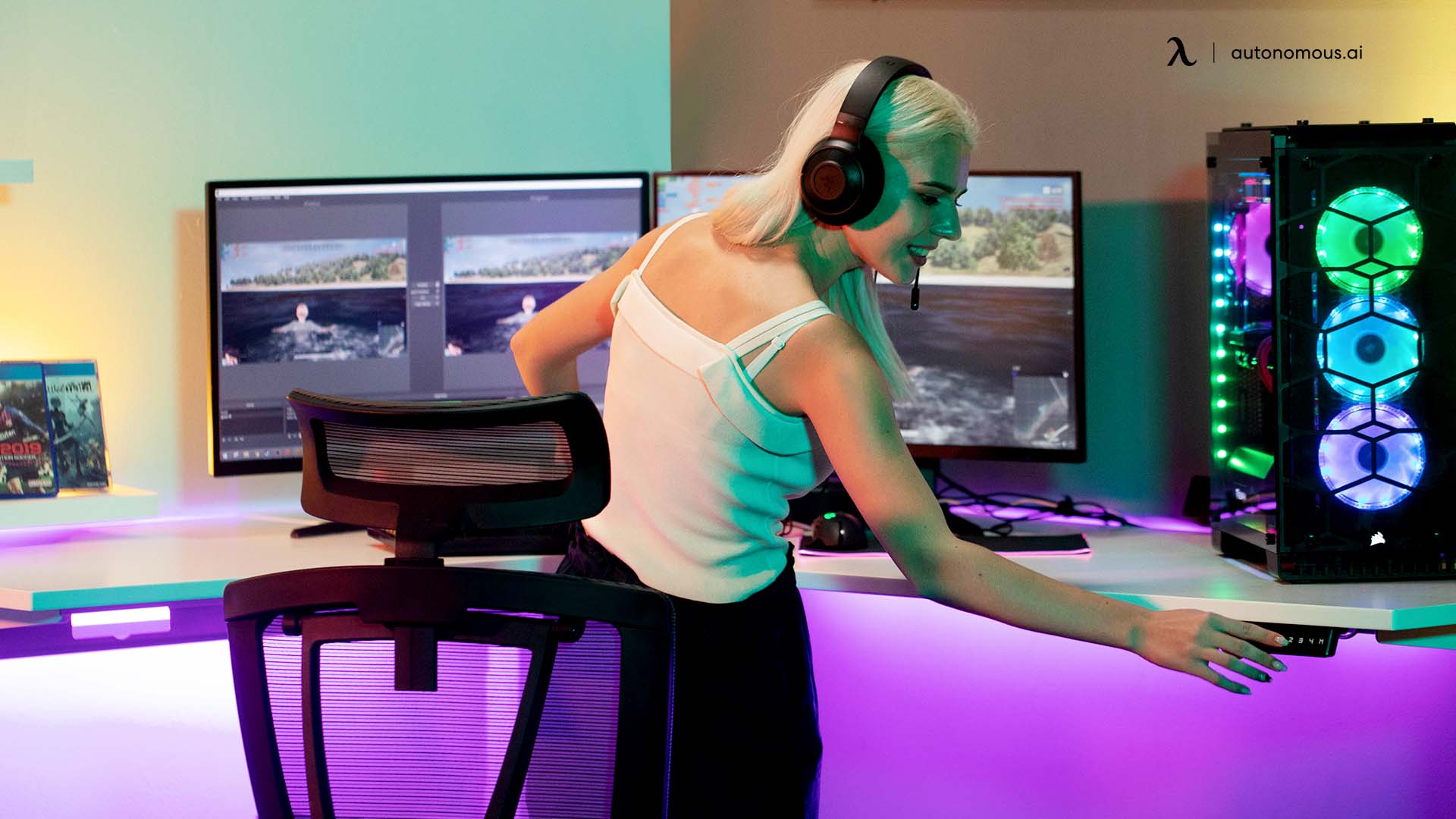 Instead, they have short legs, which means that their centers are a bit raised. Why do you think this is? It’s simply because there may be one or more airflow areas under the case, which you do not want to block.

Carpeting is a bit of a different ball game from the bare floor since its design means that it can easily have a raised surface area between the legs, sitting almost flush against the airflow facilities.

Of course, being able to pull in or expel air through that site becomes next to impossible. Additionally, you often find that people want to have plushy style carpets, which makes the situation even worse. What you may notice is when you place your PC on the floor, it sinks into the carpet a bit. Once that is happening, you can rest assured that you are most certainly compromising the passage of air.

Ultimately, simply pay attention to how your airflow works. Whether open areas are fitted with mesh or not, then chances are they're intended for air passage. Additionally, you want to pay attention to where your fans are. None of these areas are meant to be blocked with your PC placement, so you must be super careful.

For some reason, the debate about putting your PC on the desk or the floor doesn't often consider this element, which should arguably be at the forefront of the discussion. No one can account for what an emergency or unexpected situation is going to look like when it comes.

Therefore, the best measure of protection is to take preventative measures before such a situation happens, so you are best prepared. What does this have to do with your rig, though?

Well, what happens if wherever you are gets flooded? Natural disasters and intense rain often lead to flooding in many areas, and you may not be prepared when it happens, only to find that your PC has been ruined.

Now you may be saying that wherever you are is not susceptible to flooding from rainfall, hurricanes, and the like. However, you are still not out of the woods. 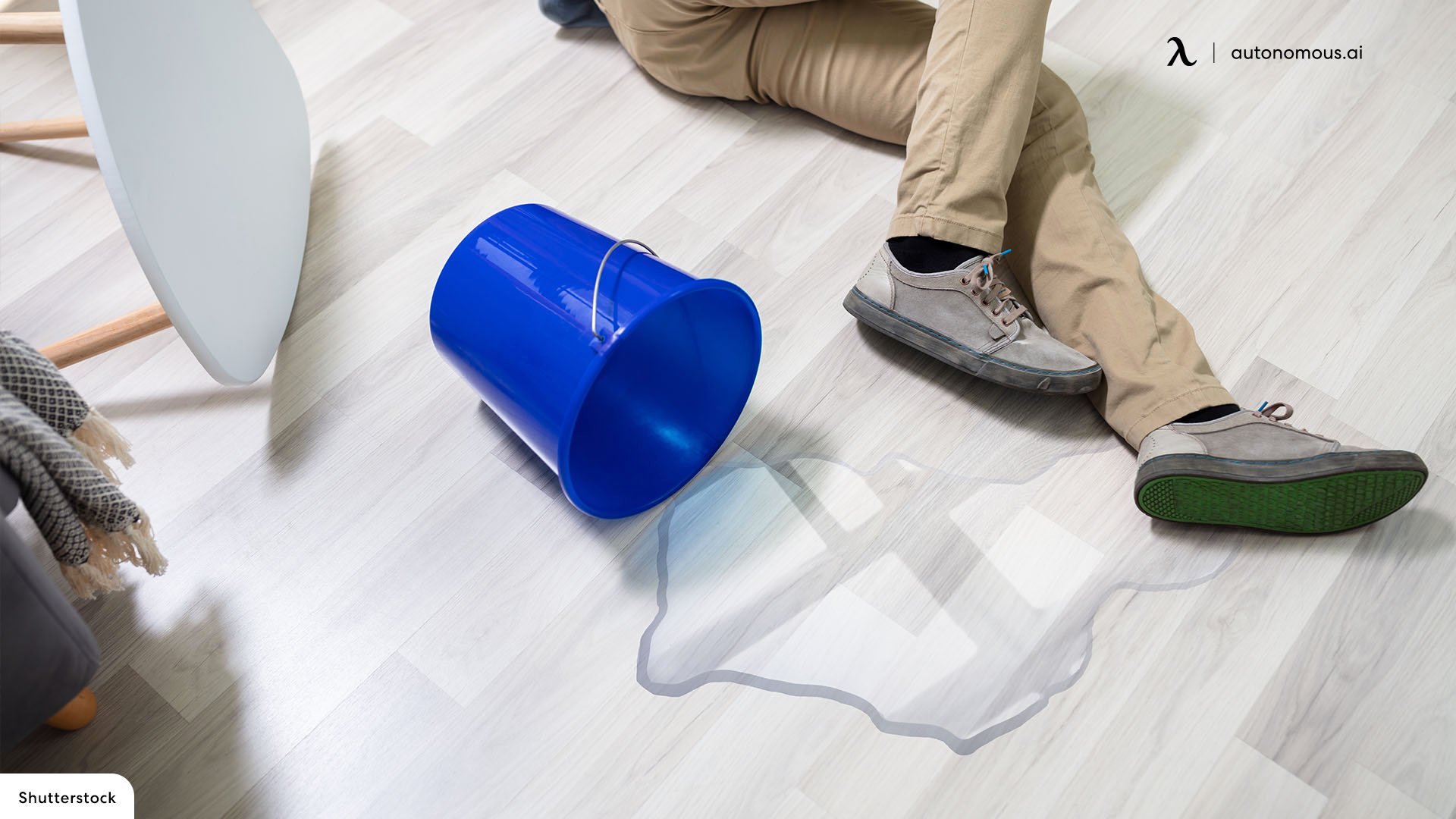 Whether you realize it or not, pipes are running through your walls. It only takes one unfortunate incident to have one of them become your worst nightmare seemingly overnight.

Spillage is also another concern, which is way more likely than that of flooding. It's not uncommon to have some water, juice, coffee, etc. while doing some work on your PC or simply watching something for your entertainment. Even gamers eat while enjoying their pastime.

It's not beyond the realm of possibility for something to spill and absolutely wreck your rig. Of course, depending on the angle of the spill, it could still be detrimental for your PC, even if it’s not placed on the floor. However, if what you spill falls directly on the floor, which is way more likely, then you don't have to worry about your PC potentially succumbing to the effects of whatever substance it is.

At this point, you understand how dangerous it is to have your PC just standing on the ground. It's bad enough for those units that thankfully have legs to support them, but it gets worse for those using flat cases.

Logically, one of the questions likely swirling around in your mind now is, where are you intended to put your PC placement? Should you have it on your desk? Well, doing so makes it less susceptible to dust, since you'd have to deal with a lot less than you would with the floor.

However, the matter of airflow may certainly be a concern. Beyond that, you probably should not compromise your desktop real estate by consuming so much space atop it.

I'm much better idea is to get yourself a PC mount. The mount secures your computer in an elevated position, removing much of the concerns alluded to above. 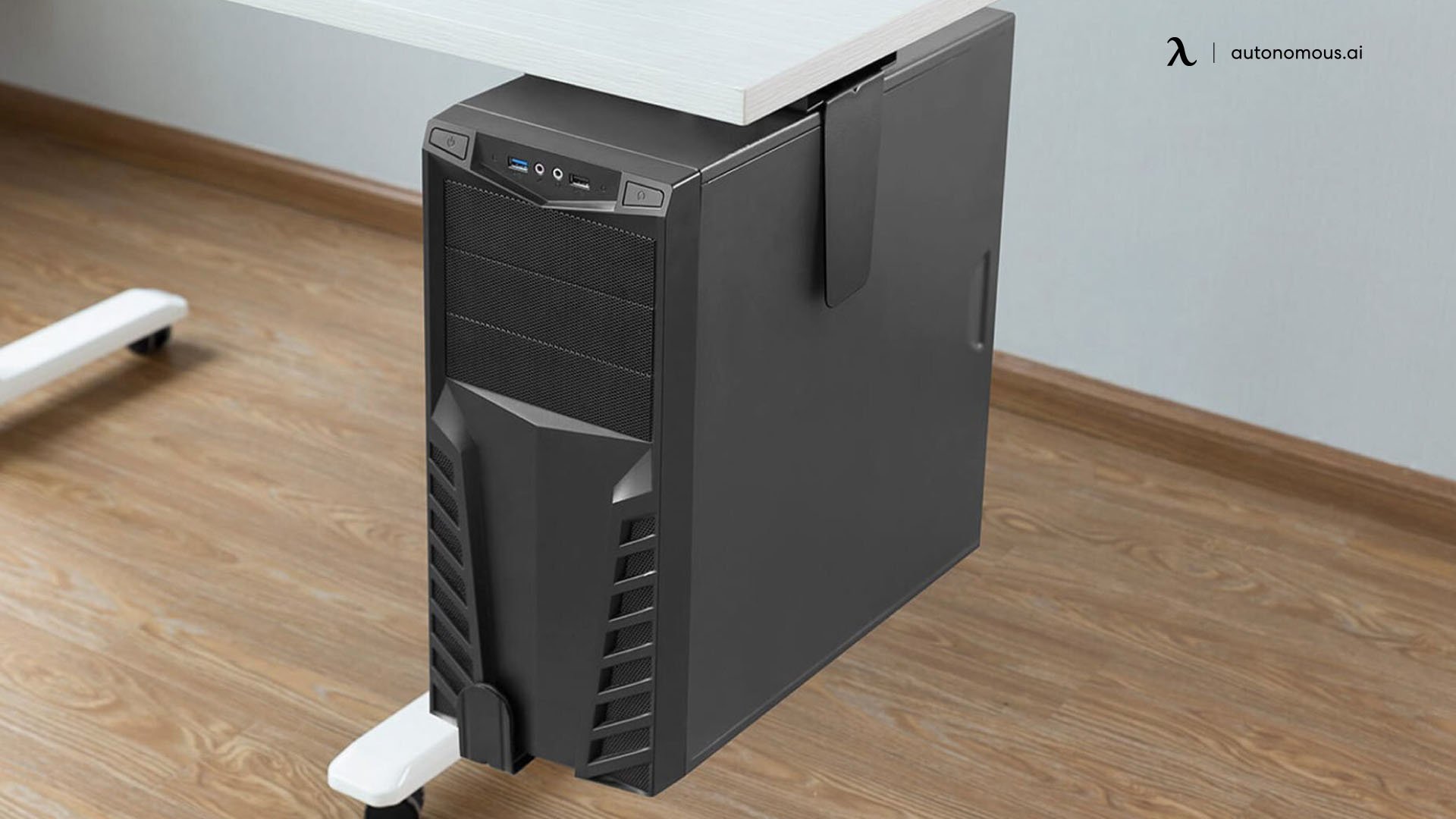 If you want a recommendation, then the Mount-It! under desk PC mount is one of the best on the market today. It supports CPUs up to 22 pounds. Additionally, you get a full swivel feature, adjustable frame, security lock, and a very respectable 10-year warranty.

Its design is nothing too bulky to make your office space setup look disorganized, so there is no need for you to worry about that. This is a good time to call your attention to the swivel feature. One of the challenges that PC users have is being able to reach the rear ports when the rig is in its default position.

Since your mount allows you to slide your tower forward and backward and you have a 360-degree swivel, reaching the machine from any angle is not going to be a problem.

Additionally, Mount-It! uses an anti-theft design with a special screw head, which adds the peace of mind of knowing no one is going to be grabbing your PC and making off with it. Depending on your office space layout, this may or may not be an intense point of worry for you, but at least you know it's covered.

Mount-It is a trusted name in the PC accessory space, so you can rest assured that you’re getting a quality product here. 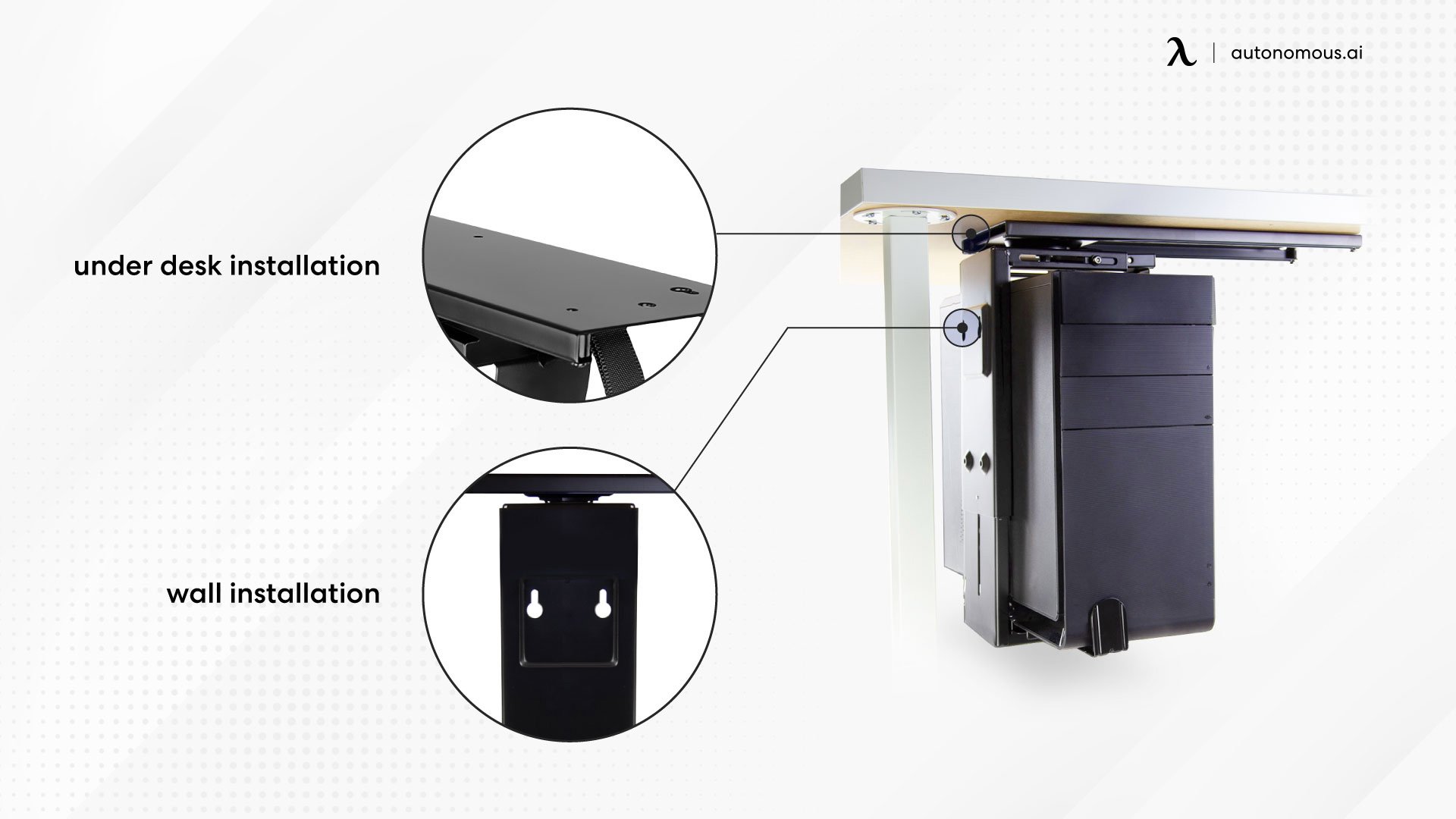 There are some substantial reasons to avoid having your PC on the floor. It's not necessarily understood why proponents of floor PC placement seem to disregard these possibilities when they make their recommendations.

No one is saying that it's impossible to have your rig on the floor without it getting damaged, but the likelihood is very low. Considering you're dealing with a potentially expensive and delicate piece of equipment, why would you want to take any risks?

If you were not familiar with the idea of a PC mount before, now you are, which means you can make it a part of your setup for your standing desk at any point you wish. Just by taking that one simple action, you have minimized the likelihood of severe loss should any flooding or spill occur. Of course, you're also protecting your machine from any damage that could be the result of an obscene amount of dust or airflow blockage.

Home
/Ourblog
/Can You Put Your PC on the Floor? Here's The Reason Why You Shouldn't